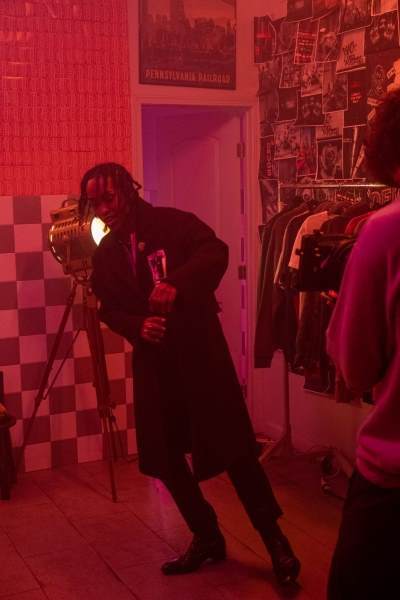 A powerful offering from the super talented artist, Donn Ahmed is searching for solace on the deeply moving ‘Let Me Go’.

Shifting between poignancy and pleading, he expresses the pain of a lover who has a strong grasp on their lives despite their fleeting efforts with the relationship. Blending experimental melodies made up of forceful drum pad hits and intricate synths, the track has an unpredictable pattern to it, making it an exciting new avenue for Donn to explore. The visuals depict Donn and their lover in moments of bliss, panic, and despair, as well as a hostage situation where he is tied up and tortured to reflect the distress that they are feeling at the hands of their partner’s actions. "Let Me Go is about accountability or lack thereof” he explains, “We all tend to Illuminate in the habits and relationships we swear to quit, but never do. Lies we tell like I’m done after this, or this time is the last. Bound now to find in someone else the time and energy you could not spare. Accountability is everything and sometimes it’s just easier to ask ``let me go”.

Based in Chandler, Arizona, Donn Ahmed is making a name for himself with his impeccable genre-blending talents. From new wave pop to R&B, they combine elements of several styles to create tracks such as his biggest hit ‘Timeless’, which has racked up over 195,000 streams on Spotify alone. With more releases planned for the year, Donn is a solo-male artist who has mastered the ability to connect with listeners through intimate lyricism and atmospheric production, and he is destined to be one of the scene’s biggest up-and-comers.

An intriguing new approach from Donn Ahmed, be sure not to miss out on ‘Let Me Go’.