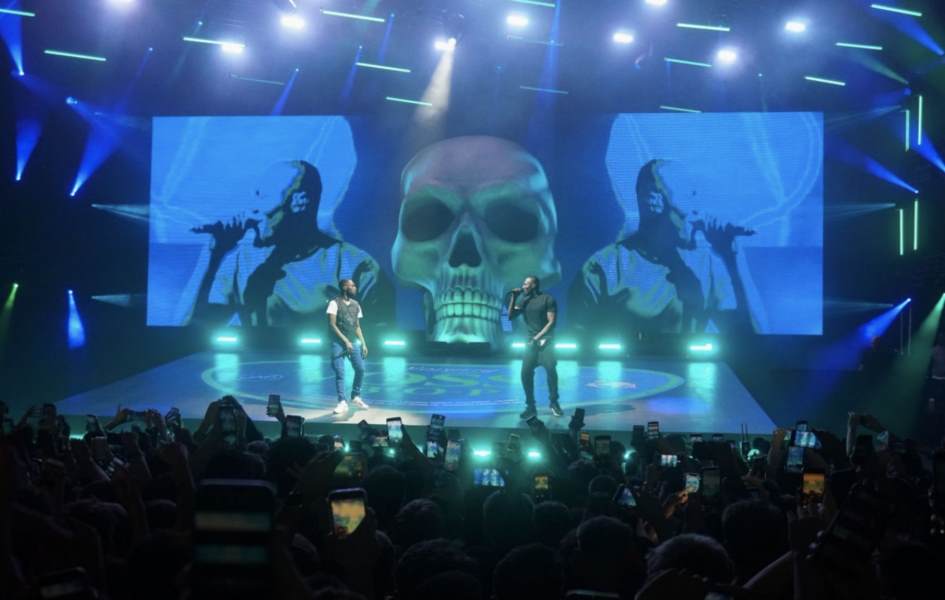 The live show has always been an essential part of this crazy industry we all know and love. For generations fans have flocked in their thousands to catch a glimpse of their favourite performer, or to be one of the privileged few able to witness the magic of a promising upstart bound for greatness and everlasting fame. Essentially, the experience provides fans with an exclusive feeling that for some can prove to be as addictive as any other substitute substance. The show is a way to connect with the artist on a deeper level. Not just to vibe with the tracks or gain some clout on your Instagram story, but to be part of a shared collective witnessing a lasting moment of euphoria. Some of my best memories revolve around hearing my favourite records up close and personal, surrounded by likeminded individuals in concert halls bursting at the seams with rich musical history. It’s a feeling I go back to again and again, one which refuses to grow tiresome. But, as we race forward full speed ahead into the digital age of social media and streaming numbers, artists seem to be overcompensating in order to keep the attention of those millennial minds in sharp focus. Or perhaps this medium of art is taking its first steps into the world of immersive experience.

The shortening attention span of today’s viewership isn’t the only reason for this boom in production value, although the sight of someone trawling their feed as our host for the evening leaves it all on the stage is still one that grinds my gears. Skyrocketing ticket prices hold much of the responsibility here. While standing as a ground-breaking event that brought worlds of musical versatility to your fingertips, the introduction of streaming platforms has created a landscape in which touring serves as the main source of income for musicians, forcing them to hit the road for longer stretches than previously required. Supply and demand, I guess. With this in mind, it’s no surprise that prices have continually remained in ascension. Thankfully though, so has the amount of revenue set aside in order to put these nights together.

For me, nothing used to beat the setting of an intimate show. Crowding into a small venue, joining together with a couple of hundred equally excited peers to witness a gig where you could actually see the artist as clear as day, without the side effects of being crushed against a barrier soaked in what you can only hope was a pint of lukewarm festival lager. Festivals, of course, have also played their part in the changing of performance culture, demanding more of artists as they strive to keep the attention of thousands in the palm of their hands. After a certain checkpoint of success is passed small shows become history, not only as the pursuit of higher revenue intensifies but the scrutiny and expectation an entertainer is subject to follows suit. As we all saw with the unfortunate treatment of young emcee Ramz, one bad performance is enough to inflict lasting damage on fledgeling careers. Leading to mental health and industry issues with long-standing ramifications.

Expectation is the keyword here. In prior decades when an artist featured on a hit track, you may have seen them brought out on occasion to perform. Flash forward to 2020 and the expectation of live collaboration has become a necessity. I find this in the UK especially, as the newfound harmony and sense of team spirit amongst this fresh wave of British talent has opened the doors to many possibilities. Dave’s homecoming ‘Psychodrama’ shows at Brixton Academy were a key indicator of this, as the two-night stretch saw him call upon J Hus, Stormzy, MoStack, Burna Boy, D Block Europe, AJ Tracey, Headie One and more to devastating effect. The feeling amongst the crowd was nothing short of electric, with each song on Santan’s already impressive roster of hits played with the anticipation of a surprise entrant like a Royal Rumble fan awaiting a return. These shows set the bar for others to do the same, as Krept & Konan, MoStack and more turn to this formula in order to keep their fans satisfied. These events, of course, create some unforgettable moments, but it’s interesting to cast your memories back to a time when just the artist heading the bill served as enough. When tickets are this expensive however, why shouldn’t fans expect more?

Set design is another factor of performance that has seen huge investment in recent times. I remember seeing Kanye tour off the back of his modern classic ‘Graduation’, being blown away by the world he brought to life with the use of staging and cutting-edge lighting effects. This has of course now become normality, with the boundaries being pushed even further. The music industry is taking pages from the books of immersive theatre, as auteurs create grandiose worlds scored by the sounds of their latest album. Theatre companies like Punch Drunk introduced people to site-specific narratives back at the start of the 2010s, with attractions like Secret Cinema taking the torch and running with it. Virtual reality gaming has blurred the lines of reality and storytelling even further as fans seek to escape the mundane trappings of everyday life, and finally, music is beginning to catch up.

Big Smoke’s ‘Dystopia 987’ was promoted as “a waking dream that presents Skepta’s singular vision of the future”. The Manchester-based installation revealed its location to attendees via text message, guiding them to an industrial wasteland where the mediums of theatre and musical performance collide. This post-apocalyptic rave event trades the ecstasy for a pint of gentrification on the form of a range of IPA’s, but still proved an impressive exploration into his own artistry and vision from the Tottenham hailing spitter. Travis Scott is another furthering this concept, as his 2018 epic ‘Astroworld’ proved. The project aims to transport the listener to the now-closed Houston Six Flags theme park in which Cactus Jack dreamed as a kid, with twists, turns and a whole bunch of psychedelic sounds thrown into the mix. Following the album's release, the first annual Astroworld Festival was held. An event where the music echoed throughout an actual park filled with Ferris wheels, roaming performers and fairground stalls. This is a prime example of an artistic vision being realised fully, with the accompanying world tour also providing a snapshot of this experience. Hell, the O2 show had rollercoasters passing over the heads up if its raging audience.

So, as we step into the world of immersion it’s clear to me that the hard county lines which once separated respective art forms are beginning to fade. People flock to shows in search of surprise, of sensation and spectacle. The music is of course still the base of the fantastical experiences, but a much larger world has been introduced to us the fans, and it shows no sign of going away.