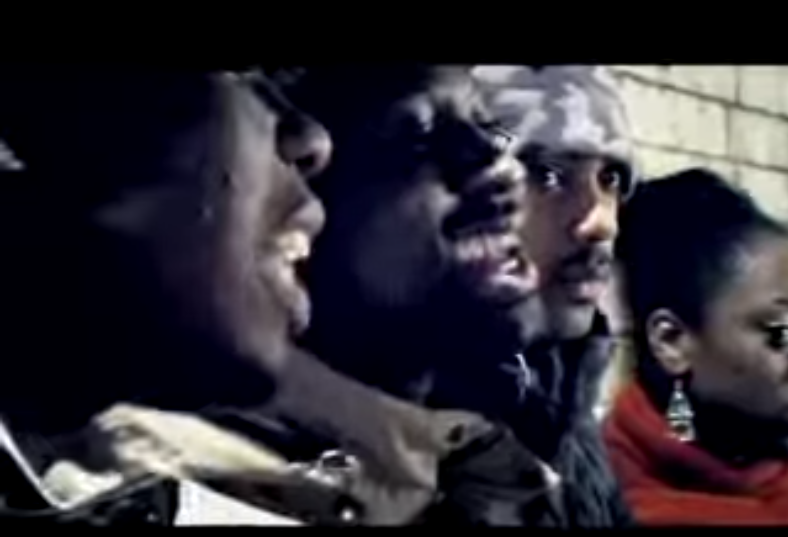 Getting stopped by police for no reason is legitimately one of the most demoralising things someone can go through. It is dehumanising the way suspicion is just put on to you. And it can be embarrassing, especially if you are getting stopped in your local area, you might be seen by family members, by friends, or by local people who might begin to judge you based on that. It can also be scary, the fear that anything could make this situation a lot worse, whether it leads to an actual arrest or violence. Stop and Searches, if they become a regular occurrence in someone’s life, can be a hindrance to their happiness and have an impact on someone’s mental health and confidence.

And the subject of stop and searches cannot be mentioned without discussing the disproportionate numbers at which ethnic minorities are stopped compared to other races. Former MP for Tottenham David Lammy said this about stop and searches:

“Grounded in the fictitious narrative that drug use is especially prevalent among black and minority ethnic groups, the current practice of stop and search entertains a racist fantasy.”

Stop and Searches are based on instinct as opposed to evidence, this can lead to stopping and search powers being misused by officers. The constant stops coupled with the police’s behaviour can cause distrust amongst communities towards the police, which increases friction between the groups and does no favours for the police force whose constant harassment can lead to more hostile environments, leading to their jobs becoming harder when they actually need support from the community in solving something.

In America, N.W.A recorded their seminal classic ‘Fuck tha Police’ in 1988 following police harassment. It was only right that the UK had an equivalent and in 2004 we got just that with ‘Routine Check’ by The Mitchell Brothers featuring Kano and The Streets

The Mitchell Brothers emerged in 2004, a time when Grime and UK Hip Hop were experiencing big changes. Many of the UK Hip Hop fans did not see the merit in Grime, but Grime was gaining more popularity, particuarly amongst the youth. One of the main reasons that people latched on to Grime, is that it was undeniably British, where UK Hip Hop had had a tendency to sound more American. When Grime began to emerge, the youth finally had a voice. The Mitchell Brothers fused this all together and put their own spin on it, with many songs on their debut album speaking about real life, day to day issues.

The first single off the album ‘Routine Check’ perfectly captured the frustration people feel when being the victims of these “a stop and search.” The chorus an anthem for disenfranchised youth, tired of the police’s poor excuse for dipping hands into pockets, and knowing that they are being profiled constantly:

“What do you mean routine check?, I didn't take this route to be checked, Sounds like you routinely check, Any youths in jeans and creps”

Teddy Mitchell kicks off the first verse, showing his irritation at the Police’s line of questioning “Ten to nine, Teddy tends to not have time, that's when, Teddy wants to decline to entertain all your piss-taking jibes,” when describing the violating feeling of actually being searched “Your hand dips inside my black Stan Smiths, rustles my, CK boxers, fuck's sake nearly grabbed man's dick, cunt-stable.” The term ‘cunt-stable’ is a play on words mocking the police officers searching him. Teddy then cleverly critiques the usual ‘fit the description’ rhetoric that police use as an excuse to search someone “Sorry, I didn't mean cunt-stable, but that name feels so comfortable and I find it so fun to talk cause cunt-stable ain't done nothing at all, I don't fit the description of the kid who kicked all them doors off Their hinges.”

Tony Mitchell comes through on the second verse, actually rapping from both perspectives, that of the police officer and the person being searched. This allows him to show how ridiculous the situation can be, including the number of times someone can be stopped: "What's the problem officer? (Just a routine checkmate that's why we stopping you) This is the third time now, must be popular."

Tony also shows how terrible the excuses police use to stop and search someone can be, including what the person is wearing:

And the fact that it seems like sometimes police officer is never satisfied with someone’s innocence, even when it has been proven, and will continue to probe in the hopes of finding something

"I showed you all my papers now what more do you need? , (Now come on son where you hiding all the weed? Is it in the glove compartment or under the seat? Behind the sun visor smart very neat now Listen, son, you might as well tell me what you got)"

Kano then comes through to spit one of his all-time great verses. The verse starts with Kano sounding understandably aggravated, as a visceral reaction to the beginnings of the stop and search, Kano sounds like he is spitting this through gritted teeth.

"Aw, man, What the fuck do you want from me? I just want to be left alone so don't even bother me, Interrupt me and accuse me wrongfully I ain't got the time this is long for me"

As the search continues, Kano lightens up a bit, cleverly mocking the police for their tactics and logic:

"Two black boys and they got a Merc, if it was stolen why would we stop the Merc?, You pulled us to try and find problems, like Jay-Z and 99 Problems, I'm a bad boy anyway always got protection, 99 Condoms, Yeah officer, course I'm a thief, dealing little drugs and my boot smell of weed, Run around the block saying "fuck the police", I learnt that from a D-Block CD"

Through their verses, Teddy, Tony and Kano articulated the frustration and the anger that people will feel when being on the receiving end of a stop and search. But they also exhibited the absurdity of the situation, many times the ridiculous reasons the police give for stopping someone or their general behaviour can bring about laughter, and the 3 MCs reflect that through their mocking of the police’s line of questioning. With this song The Mitchell Brothers, Kano and Mike Skinner created the soundtrack for disenfranchised youth, a quintessentially British song, using a mixture of anger and humour, giving them the voice to question the police for their ‘stop and search.’

Unfortunately, this song is still relevant in 2020, and will presumably continue to be relevant until something is done about it. But for now, Let The Mitchell Brothers, Kano and Mike Skinner show why stop and searches are both outrageous and bizarre.