HomeNews#WRITERSBLOCK: The Power Universe Is Expanding

#WRITERSBLOCK: The Power Universe Is Expanding 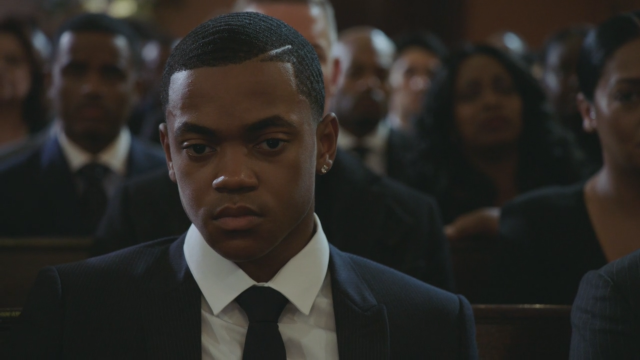 Well, folks, it’s finally over. Or is it? The start of the new decade saw the hit STARZ series ‘Power’ finally draw to close, as after months of speculation and debate fans were given the answer they had been searching for. Who shot Ghost? That’s if you hadn’t seen the leaks, of course. In my opinion, the climax of the long-running crime drama was a predictable one, although it has opened the doors to a brand-new world of stories and adventures. Some with characters we know and love (or hate), and others casting the spotlight on the unknown. One thing can be certain however, Power lives on.

The last decade saw studios and networks battling to jump aboard the shared universe hype, with the results-producing varied outcomes to say the least. Marvel, of course, created the now well-tested formula with the release of Iron Man and the subsequent twenty-two following MCU instalments. But the failed attempts of the studios have shown that this achievement is no easy feat. DC have of course tried to force through competition with disappointments like ‘Justice League’ and ‘Aquaman’, while Universal seemed to build interest in the Dark Universe after the release of ‘The Mummy’, and we’ve all seen how that turned out. Big names and heavy studio budgets do not guarantee success, then. The past years have displayed the need for a solid creative team in which to form a foundation, tight scripts and perfect castings to justify the existence of a franchise. Marvel have adapted their formula around individual hero’s story arcs whilst keeping their core trademarks and values close, and the results have been outstanding.

So the shared universe is no stranger to the silver screen, and now television is set to follow suit. Disney + recent launch will expand the MCU in ways we are yet to see, but we’re not here to talk about Marvel, are we? When Tariq St. Patrick pulled the trigger and ended of the story of the man who gave him life, his position as one of the most divisive and detested characters in recent memory. In the mind of many, Ghost is Power. Without him, the series cannot exist and so it’s fitting that the tale ends with his demise. With the cameras focusing elsewhere now, the world in which he once walked it's about to get a whole lot bigger.

Despite the intense hatred towards him from Power’s incredibly loyal fanbase, it makes sense that Tariq’s story will continue, and this is where ‘Book II: Ghost’ will pick up. Beginning just hours after the climactic moments of its predecessor, the series will follow the young upstart as he navigates the new playing field of college life presumably following the footsteps of his late. great father. Shane Johnson and Naturi Naughton will reprise their roles as Agent Cooper Saxe and Tasha St. Patrick respectively, with the former surely set to create trouble for our juvenile protagonist. Out of all the new spin-offs from the original show, this feels most like a natural continuation of its storyline. Although new faces Mary J Blige and Method Man are sure to keep fans on their toes.

‘Book III: Raising Kanan’ will, of course, delve into the backstory of perhaps the show’s most notorious and fabled character, fan favourite Kanan Stark (played by 50 Cent. It’s unclear what involvement Fifty will have in the series but expect and on-screen return in some capacity, perhaps through the use of flashforwards or narration. Kanan’s demise stands as one of the most iconic moments the show ever produced, and it’s safe to say that fans have missed his wise-cracking, bold presence on their screens. Joey Badass is expected to debut as the antagonist of the series, with the rest of the supporting cast yet to be announced.

“In television history, only a select few shows have inspired four consecutive series extensions, launched into active production and development at the same time. These new and exciting chapters will continue the journey of some of Power’s most controversial characters while featuring a growing ensemble of complex, distinct characters along with the high-octane drama that set Power in a class of its own.” Jeffrey Hirsch, President and CEO of Starz

‘Book IV: Influence’ will cast the spotlight on another of Power’s most loved characters, Rashad Tate and his pursuit of political dominance. Many fans found Larenz Tate’s quick-witted, charming yet deception rendition of the character the perfect foil to the criminal masterminds he encountered, and a series of his own is sure to feed their appetites. The most anticipated instalment and the latest addition to the roster, however, takes the shape of ‘Book V: Force’. Riding out to Warren G and Nate Dogg’s classic anthem ‘Regulate’, we saw Tommy Egan drive of into the sunset California dreaming. With the West Coast his new battlefield, the possibilities here are endless. The idea of seeing Tommy set up shop from scratch in a brand-new world is certainly an enticing one and a prospect that will leave Ghost and Tommy stans counting down the day. Little is known about who will share airtime with lead actor Joseph Sikora, but in my opinion, the addition of Michael J. Ferguson’s 2Bit would provide the perfect right-hand man to the hot-blooded Irishman. There was a lot left to the imagination with his screen time kept relatively short on ‘Power’, but with natural comic timing and the approval of the fans, we might not have seen the last of him yet.

So, the years ahead look bright for those looking to return to that fabled ‘big rich town’. New stories, characters and betrayals are set to play out before our very eyes, and the conspiracy theorists amongst us still cling on to that slither of hope for the return of Omari Hardwick. I wouldn’t count on it but in this world of mind games and high-octane shootouts, who knows what’s possible? ‘Power, Book II: Ghost’ airs this summer, only on STARZ/Netflix.