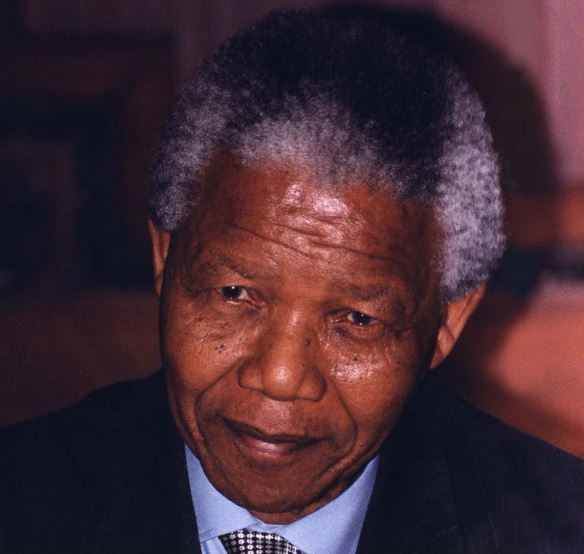 Millions of people around the world will come together today, to honour the life and legacy of the late Nelson Mandela.

Falling on what would have been his 99th birthday, Nelson Mandela day aims to honour the work of the former South African president and commemorates his lifetime achievements against inequality.

— The Undefeated (@TheUndefeated) July 18, 2017
Throughout the vast majority of his life, Mandela fought for Civil Rights, equality and an end to racial segregation, spending 27 years in jail for his anti-apartheid stance.

Named the Rivonia trial, his sentence came after he and his co-defendants spoke out against apartheid in South Africa and confessed to wanting to overthrow the South African state.

Spending 18 out the 27 years at the infamous Robben Island, throughout his incarnation, he became a world-famous political prisoner.

He then became South Africa’s first democratically elected president, and the country’s first black president in 1994 and was famously quoted as saying, “Never, never again will this beautiful land experience the oppression of one by another.”

What is so important, however, about the Nobel Peace Prize-winning activist and his commemorative day is the need to look forward when challenging inequality in the world, and the legacy the politician hoped to create.

Before his death in 2013, Mandela wishes for the next generation to take a stand against injustice in the world and fundamentally this is what the day wishes to focus on.

The official Mandela Day website is echoing that message and is urging people to take a stand against poverty, no matter how big or small the action is, with the site using the hashtag #ACTIONAGAINSTPOVERTY.

What are you doing today to make a sustainable difference in the lives of those less fortunate? #ActionAgainstPoverty #MandelaDay

In a world that at the moment is rife with such hatred and injustice, the actions and words of Mandela and the experiences he endured must stand as a beacon of hope, when battling inequality.

Mandela’s life must demonstrate to human beings that life’s simple pleasures have come at a cost. He spent 27 years he spent in jail, missing the funerals of both his mother and son to fight injustice and inequality. The need to make the world a better place is paramount and as a race – a human race – the world we live on must attempt to relieve the barrier of conflict that has plagued it for so long.

"What counts in life is not the mere fact that we have lived. It is what difference we have made to the lives of others that will determine the significance of the life we lead." - Nelson Mandela