HomeNews#WRITERSBLOCK The Beautiful Game: How Could It Return?

#WRITERSBLOCK The Beautiful Game: How Could It Return? 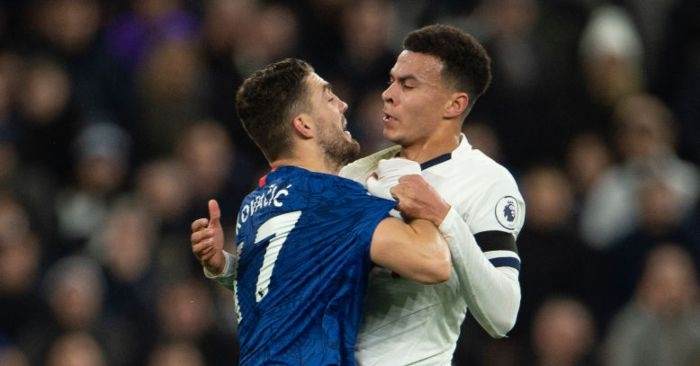 We are witnessing unprecedented times not only within the shores of Britain but throughout the entire world. The current outbreak of COVID19 has spread its roots through every continent quicker than wildfire, altering the normality of our everyday lives. Staying home, however, is a small price to pay to ensure the safety of those most vulnerable, even if we do miss the everyday social interaction and the little moments we often take for granted. One of the worlds most affected, of course, is that of sport.

Football. The beautiful game. Throughout the streets, beaches and pitches of the world, the sport has always been celebrated to great effect. Many countries have intimate relationships with the game. The finesse and skill of Brazil, the technical perfection of Germany and the growing market in the United States all bring unique characteristics and identities alongside their cultures, but no place can rival the passion shown right here at home. The walk to the stadium, the pre-match beer, the feeling when the ball touches the back of the net in the last minute of extra time. Up and down our small nation following clubs both big and small, those most loyal follow their teams through good times and bad. Friends who visit the United Kingdom from lands afar have always expressed their surprise at the ‘religion’ of British football culture. They can never quite wrap their head around just how much we care about eleven people passing around a ball often in the blistering cold. But it runs much deeper than that superficial though, doesn’t it? It’s the memories and emotions that come alongside it. Following the team your family have supported through generations, the comradery of playing alongside your best friends on a Sunday morning and the joy of seeing an academy starlet graduate to legendary status as their glittering career unfold beyond your very eyes. We are, in my opinion, the most loyal and passionate fans in the world. And so, we say goodbye. At least for a while, it would seem. When the Premier League does resume, however, what kind of shape will it take? Let’s explore the options.

It’s rumoured that several scenarios could arise to solve the end of the season, one being that play would resume behind closed doors for the remaining games. While taking away the matchday atmosphere that we all know and love, fans would surely welcome this proposal with open arms. After all, watching clashes from the comfort of our own homes has always been welcome, even if we are spending much more time at home than usual as of late. This would, of course, depend on all players and coaching staff remaining virus-free, not to mention the officials and organisers too. Strict isolation measures would have to remain in place and perhaps the start of the next season would be pushed back also. This could benefit injury-stricken teams like Chelsea, would have fully fit squads available at their disposal come the summer months. Player contracts would likely have to be extended, however, and who knows how the transfer window could be affected?

The next idea is to implement a playoff-like system to determine finishing spots in the league or end with the current rankings of the Premier League table. This is sure to ruffle feathers, however, as teams like Bournemouth and Watford may face relegation despite believing they could pull through in the latter stages of the season. The battle for the top four Champions League positions would also create major controversy, as potentially Arsenal, Manchester Utd, Wolves and Spurs would all have their chances at European glory decimated.

The most worrying suggestion, of course, is that the league could be declared null and void in its entirety. The financial ramifications here would be huge, as alongside missing major matchday revenue and ticket sales, clubs ‘starting positions’ would likely still influence how much they make from television deals etc. It’s likely that smaller clubs would begin to walk the lines of administration and closure, whereas planned transfers may be off the cards altogether. Those that would be served the biggest loss and slice of humble pie, however, are Liverpool fans. We have watched in awe as Jurgen Klopp’s men in red have dominated the landscape of British football for over a year. Salah, Mane, Firmino and the rest of the team have gifted us with jaw-dropping plays, outstanding set pieces and an abundance of impressive goals. For them to miss out on their first league title in decades would be unbelievable, although the prospective conversations and memes on Twitter are bound to have fans of rival teams salivating.

Who knows what is to come? I for one will never look down upon a super Sunday clash between Burnley and Newcastle ever again, though. When the beautiful game returns, the nation will rejoice. How do you think the league should deal with the pandemic crisis? Time to fire up FIFA for one more game people...