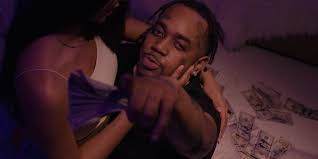 Wetty reaches over one million views in under a week. The video, set in New York, has visuals of Fivio Foreign meeting his girlfriend whilst sticking up a deli. Foreign was a close friend of the late Pop Smoke.