HomeNews#ThrowbackThursday Creatives, Coronavirus and making the most of what you’ve got

#ThrowbackThursday Creatives, Coronavirus and making the most of what you’ve got 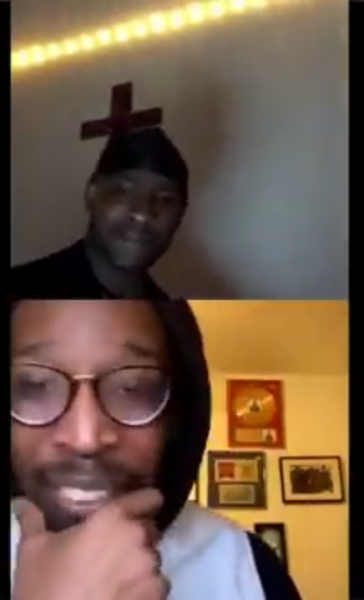 We are living in extremely strange times. At the start of the year, who would have thought that by April we would all be on lockdown, with no visible end in sight. And this has affected the music industry. From the postponement of shows and festivals, to the number of streams going down, to making it hard to record videos or meet people to record songs. Some artists have pushed back the release of their album as they can no longer give it the proper roll out they might have wanted or do shows off the back of the release.

This situation has forced artists to change the way they engage with their fans. In America, podcasters like ItsTheReal have started Quarantine Radio where they have been calling rappers and other people in the industry to discuss how they have been dealing with their self isolation. There have been a series of battles between producers and songwriters, including Timbland vs Swizz Beats, Ne-Yo vs Johnta Austin, The Dream vs Sean Garrett and Mannie Fresh vs Scott Storch. These battles have received a lot of attention, with other big artists watching it in real time and commenting as they watched. Discussion has been had on who will be next, with Lil Jon and T Pain set to battle on Saturday. But we in the UK wanted to see our artists.

Then this week, everyone got the notification saying that Skepta and Jammer were going live on Instagram. Everyone who tuned in (and there was a lot of people), saw Skepta and Jammer go back and forth playing their best instrumentals and vocal tracks. The comment section was a who’s who of UK music as everyone tuned in waiting to hear the next track played. Once it was all said and done, people were buzzing, saying it was one of their favourite moments of the year and discussing who they thought won. It will go down in Grime history. And it was all done on a couple of phones.

But this isn't the first time that UK artists have made the most of what they had, the UK scene has always thrived on a DIY attitude. The early days of Grime were not personified by big budget music videos or fancy studios. Instead it was made up of Pirate Radio, makeshift home studios, DVDs filmed by guys like A-Plus and Risky, beats made on cracked copies of Fruity Loops and Logic. The scenes in these DVDs would be filmed in someone’s room, or on someone’s estate, pirate radio was recorded on top of tower blocks. Keeping things local isn’t a new thing for UK artists and historically they have shown that they did not need major label money to shine. That DIY attitude is what has allowed artists to thrive. There are classic songs that were recorded in someone's bedroom, classic freestyles recorded outside someone's house, classic radio sets in someone's front room. Grime's foundations are in that DIY attitude and many of its biggest artists started from there.

While these are trying times for creatives, there are still opportunities to make art. Things like the Skepta and Jammer battle have had people asking who will be next. What producers will step up to the plate? And will MCs or Rappers join in? And then there’s the regular quizzes that producer Plastician has been doing on Twitch, rapper Genesis Elijah produced an EP and has been making Vlog videos to help people through isolation. Some platforms have recognised that artists’ revenue will be affected by the lack of touring, like Bandcamp, who had a day where they would take no fees from purchases made on their site.

Artists within the UK scene can make the most of these times, creating a buzz and hype through different mediums. Whether it’s beat battles, rap battles, making new music and videos using home studios, that DIY attitude has shined in the past in this country and will continue to shine through this crisis. I have full faith in the UK scene to create classic music and moments over the weeks and months to come.