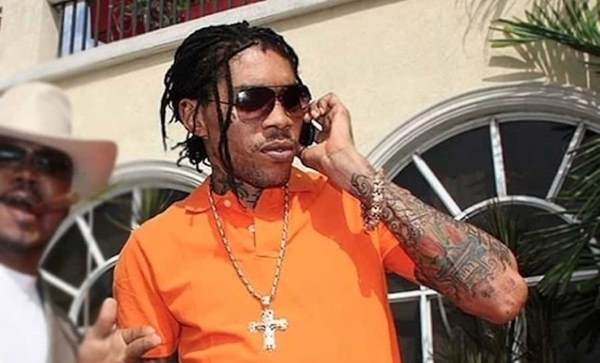 Vybz Kartel's defense lawyer Valerie Neita-Robertson took to Twitter to urge fans to keep their social distancing even after the superstar is "freed". Valerie also revealed that we could be expecting some good news tomorrow.

Could this be a confirmation that the Bashment king is coming out? 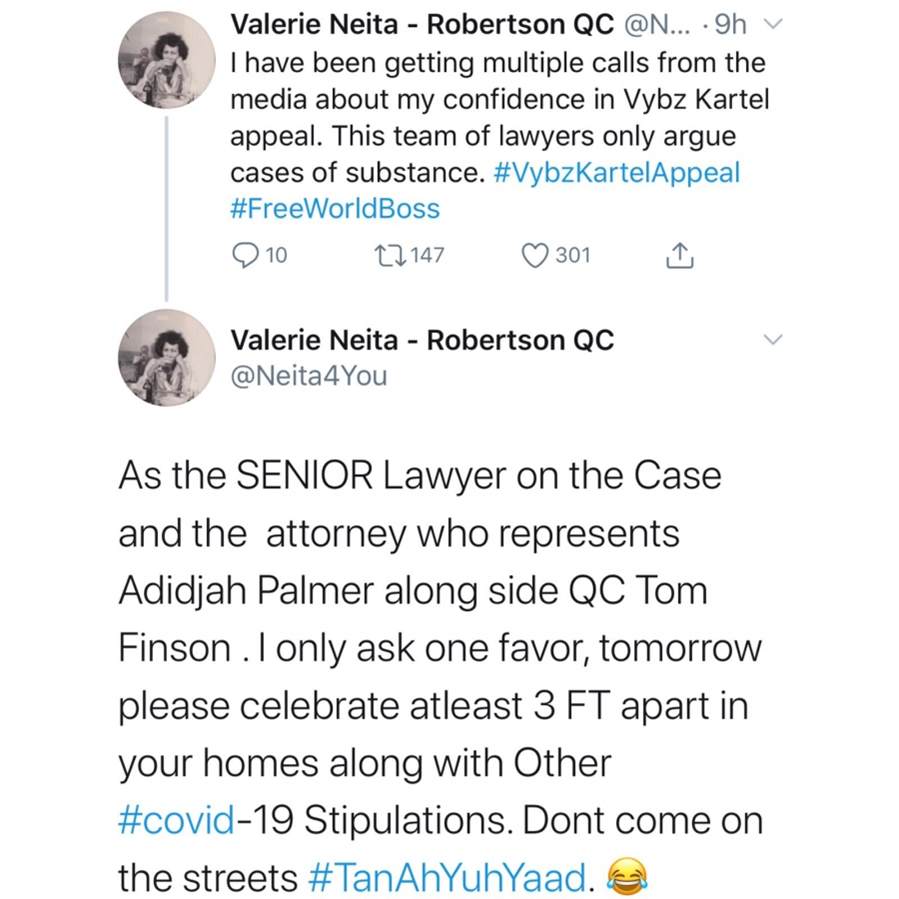 In 2014 dancehall and reggae superstar Vybz Kartel received a life sentence for the 2011 murder of Clive “Lizard” Williams. According to police reports, Williams was murdered at Kartel’s property in the suburban community of Havendale after he stole two guns from Palmer.

While a body was never found, text messages obtained from the artist’s mobile phone reportedly supposedly provided enough of a description for conviction. The text read, “Tween me an u a chop we chop up the bwoy Lizard fine fine,” wrote Vybz Kartel “Yeah man a mince meat dat … As long as u live dem can never find him.

Another one of Kartel’s senior lawyers, Christian Tavares-Finson, told the Jamaica Gleaner in 2014. “We will be appealing both conviction and sentence on instructions from our clients. Kartel has maintained his innocence, and that he’s interested in appealing his conviction.”