HomeNews5 Netflix series’ to watch while in quarantine

5 Netflix series’ to watch while in quarantine 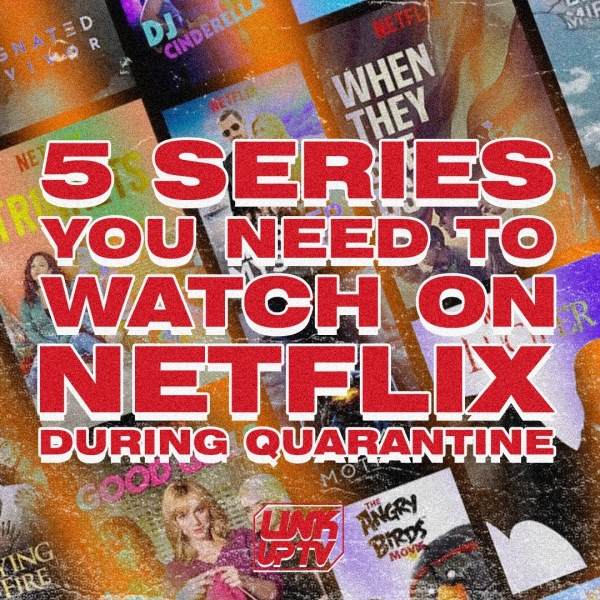 As the news of a national lockdown begins to settle into our day to day lives and we settle into our new ‘normal’, the thought of being home all day might sound daunting. But keeping yourself busy and entertained will definitely help ease this transition.

And with a new series or film added to the platform every other week, Netflix is the gift that keeps on giving. Here is a shortlist of five, binge-worthy series’ to keep you occupied during quarantine:

Money Heist is a Spanish heist crime drama series, perfect for those of you looking for a drama. Created by Álex Pina, the show follows a multi-day assault on the Royal Mint of Spain in Madrid, whereby a group of robbers take hostages as part of their plan to print and escape with €2.4 billion. Filmed in Madrid, the show is entirely in Spanish - so for those of you thinking of using this time to pick up a new language, this ones for you. For those of you who don’t like subtitles however, maybe not.

For anyone who loves true British crime, this series is for you. The stranger follows the lives of suburban families whose secrets and lies are made public by the appearance of a mysterious stranger, leaving a devastating impact on their seemingly perfect, middle-class lives. As the series progresses, we learn that this mystery person is connected with more secrets, the families whose lives have been jeopardised by them and the disappearance of a mother as a result. This mystery thriller series written by Danny Brocklehurst is based on the Harlan Coben novel of the same title.

This phenomenally successful docuseries explores the life of zookeeper Joe exotic, a feud between big cat owners, ployagomy, abuse and exploitation of animals and many other interesting aspects of the interconnected society of conservationists. An interesting yet comedic outlook on the Zoo industry that's almost guaranteed to make you giggle.

Ozark is an American crime drama web television series starring Jason Bateman and Laura Linney who play a married couple, forced to relocate their family to the Ozarks to launder money for a Mexican drug cartel. Intense right? Well the series is full of twists and turns and there’s only so much that can be said without spoiling it.

The series has received 14 Primetime Emmy Award nominations including Outstanding Drama Series (and approved by yours Truly) so definitely worth a watch.

This last series is a more feel-good and light-hearted one. Set in inner-city Los Angeles, ‘On My Block’ follows the journey of four teens experiencing the journey to young adulthood as they navigate through society.

"When the final credits hit, it’s clear that not one second of the season’s 10 short episodes were wasted: Every line was measured out, every background track meticulously calibrated, every initially jarring tonal shift set up precisely for a singular cumulative effect that lands in the season’s final moments like a punch to the chest you realize too late you should have seen coming from a mile away".