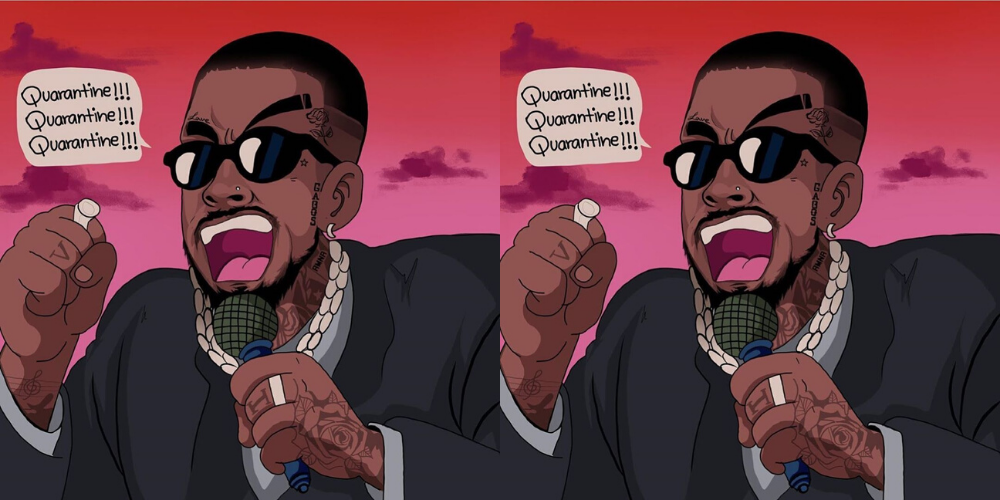 Life stands still. Or at least that’s the way it feels right? It seems that no aspect of society has been left untouched in the wake of the still escalating coronavirus event, with the music industry being no exception. While the vast majority of us continue to wait out the current crisis within the comfort of our homes, thousands of essential workers continue to keep out country running. We are of course immensely grateful for this, and of course proud of their spectacular ongoing efforts.

Another thing to be thankful for, well, at least for those of us enamoured with the culture are the constant streams of new projects that have been dropping from week to week! Skepta, Chip and Young Adz blessed us with the ‘Insomnia’ project, Ard Adz hit us with his debut effort ‘Miskeen’ and others from MoStack to AJ & Aitch have kept the steady drip of fresh tracks injected into our veins. Festival season may fast be approaching, but with the unfortunate prospect of imminent cancellations and postponements casting its shadow over the sunshine months, artist have had to invent new ways to interact and connect with their vast fanbases.

It would seem then, that Instagram Live is the new place to be. Feeling a night out or a concert? Even a quiz or in-depth interview? The social media giant had provided creators all over the world with a simple platform, one which they can adapt to a wide range of entertainment forms. They are locked up just like us, after all. The only difference is that the settings in which they stay definitely walk on the other more affluent side of the tracks.

Regardless, the rappers, singers and comedians of the surprisingly small world of showbiz have offered up continuous servings to fill the abundance of time we have to spend, not that they have a duty to do so. Mo The Comedian has hosted interactive game shows with his followers, artists like John Legend, Billie Eilish and Erykah Badu have broadcast intimate gigs that offer a closer look at their hit tracks. Art is a constantly moving beast which always moves with the times, and in an age where liver performance has pushed the boundaries of spectacle, it’s refreshing to take a back seat and go back to basics during this period of worldwide crisis. Music is the remedy after all and we don’t all need rollercoasters flying through strobe lighting above the audiences head in order to connect with it. I’m looking at you Travis Scott, no hate though! Common, Justin Bieber and Rex Orange County add to the list of talent turning to this trend, and you can expect more to follow trend in the coming weeks and months.

Battles and clashes have also stamped their mark on the live stream. Skepta and Jammer went back to back in an impressive DJ set last week, while Lil Jon and T-Pain also fought is out premiering new releases. For those lacking in grime education and hip hood classics, the events opened up the broad catalogues these said artists have collected over the years, while Trippie Redd and Rich the Kid’s head to head is sure to have left the new generation satisfied. The most entertaining thing I’ve come across during this strange time, however, is Tory Lanez Quarantine Radio. Every other day, over several hours the Canadian rapper hosts, what has effectively become ‘Club Quarantine’, where you can see a number of your favourite famous faces jump on the hype, hear new music and witness twerk competitions that would leave Worldstar wishing they hadn’t slept on the idea. The show has evolved so rapidly it’s now complete with a production team and even its own theme song to complement the inebriated host, and this all comes alongside one of the littest comment sections ever known to man…

The list of celebrities and icons of the culture-making appearances on QR so far is highly impressive, as are its streaming numbers. On the last edition over three hundred thousand spectators were treated to appearances by DMX, Chris Brown, Quavo, Wiz Khalifa, Megan Thee Stallion, Timbaland, 21 Savage, Drake, Bryson Tiller, Gunna, Roddy Ricch, Amber Rose, Steve Aoki, The Weeknd and Justin Bieber. That isn’t even the full list, with ex Fulham striker Ryan Babel strangely receiving a shout out also… The music business is here to help soothe the pain of those long afternoons ‘working from home’, the stretched-out nights when you can’t bear another game of FIFA. This quarantine will eventually come to an end, but until then the industry has you covered.