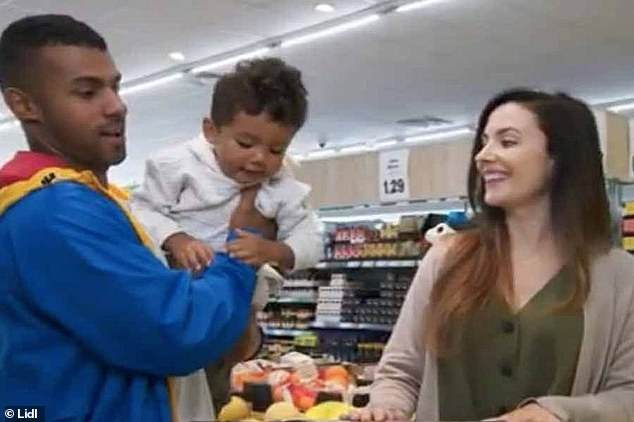 A mixed-race couple have decided to leave Ireland with their baby after they received a death threat over their appearance in a Lidl advert.

Fiona Ryan and her fiancé Jonathan Mathis started receiving abuse online when the TV campaign was criticised by an anti-immigration activist on Twitter for showing a "multicultural version" of an Irish family. Even though some online users were defending the couple, some social media users were also sending racist, offensive comments and death threats to their family.

One person said the ad promoted “race/ancestor betrayal” and criticised social welfare spending on immigrants, while another compared the “IQ of central Africans [with] the IQ of mentally disabled”.

In an interview with RTE's Late Late Show on Friday, Ms Ryan said: 'They are talking about harming and death to my partner and my child so I am not going to stay in a country [where] this is allowed.'

Lidl also responded to the horrible comments with:

After offensive and racist tweets from Gemma O’Doherty we have decided to block and report her to @Twitter. We are proud of our multicultural & diverse team and our customers. We are proud to work with, and serve, each and every one of them. Everyone is welcome in our store.