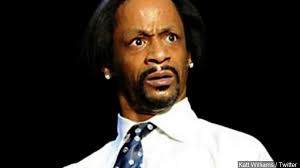 He's at it again. In a TMZ video, the comedian voices his anger at what he believes is Tarantino’s overuse of the ‘N word’ in Django Unchained.

The video starts with Williams frustrated at the fact Django Unchained was released on Christmas Day. Williams then tries to be philosophical when he points out that it would be hard for a slave to have a silent letter at the start of their name, such as ‘Django’.

The clip ends with Katt Williams screwing up his face and insisting he’s going to “bust his [Tarantino’s] arse” when he sees him.

katt williams beefing with quentin tarantino over him using the nword is the funniest shit 😭😭😭 pic.twitter.com/x0A6lcqhHF