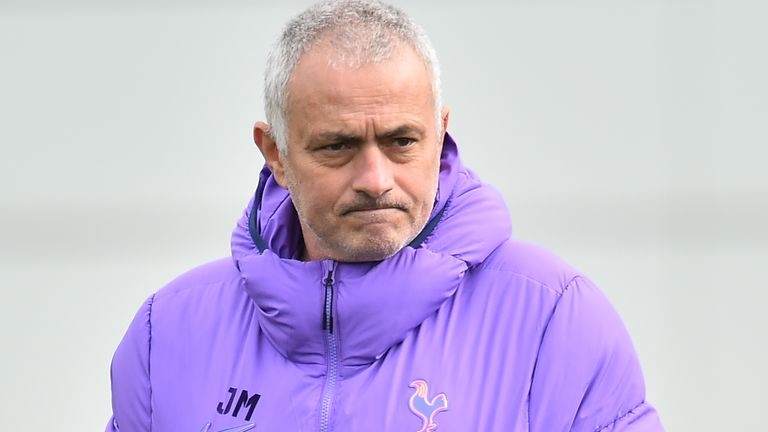 José Mourinho faces police warning after training with three Tottenham players. Mourinho was pictured on Hadley Common in north London, training three of his players during the coronavirus lockdown.

Tottenham boss Mourinho could face a warning from the police after he was filmed conducting a training drill involving what looked like three players with members of the public just yards away.

During the pandemic, the government has made it plain that outdoor exercise can be undertaken only with other people from the same household. Spurs have also warned their stars not to break social distancing guidelines after two separate videos posted online showed players ignoring the advice to stay at least 6ft apart.

A club spokesperson said: “All of our players have been reminded to respect social distancing when exercising outdoors. We shall continue to reinforce this message.”