HomeNewsTop 3 Underground emerging artists to listen to this month!

Top 3 Underground emerging artists to listen to this month! 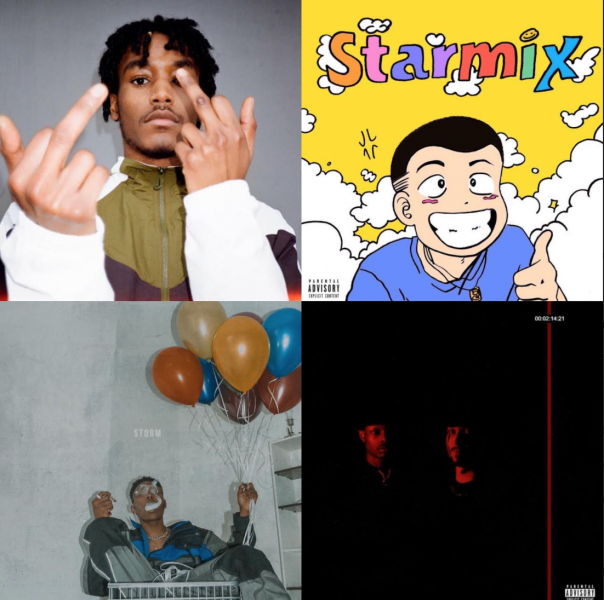 Every few months I go scouting for new talent to listen to and add to my playlist. The London underground scene is burgeoning with talent worth listening to, and since we’re indoors all day, now is the perfect time to discover new music. Here are my top four personal favourites from the last few months with some ‘not-so underground’ notable mentions:

I first stumbled across Ashbeck’s music a few months ago, when Spotify’s algorithm suggested his song with Ninioh, ‘Hello hi’. He’s since released a tape entitled ‘Starmix’, illustrating his artistic versatility, playfulness as well as stories of his personal life on slower songs. His music is refreshing to the current climate of UK music, with melodic instrumentals that sound nostalgic to more traditional British rap, taken on with a modern adaptation.

Local Goon’s dark and gritty sound is the UK’s answer to alternative rap. With songs like ‘Ed Edd n Eddy’, it’s clear that lyricism and deliverance are his strongpoints as they complement his aggressively exciting tenor.

With a voice that sounds like it was chiselled by God himself, his deep, mellow tone bounces angelically of every instrumental it touches. Mally’s most recent tape is titled ‘Storm’ and is available on all streaming platforms.

Kish! is another emerging artist to look out for in 2020. Leader of the South London underground music collective ‘237’, Kish is making a name for himself in the industry with his singles and collaborations, as well as a freestyle feature on Rinse FM.

Not so underground but still worth a listen:

House of Pharaohs - AM to PM