HomeNewsJa Rule v 50 Cent could be around the corner

Ja Rule v 50 Cent could be around the corner 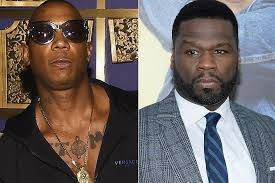 The clash would be on Instagram live and would be part of Swizz Beatz and Timbaland’s ‘Verzuz’ series. Several big names have already taken part including RZ and DJ Premiere.

On Sunday Ja Rule announced that he wants to clash Fiff, whilst on Insta live with Fat Joe. It’s no secret the pair have history, so Ja Rule promised the clash would be smooth and that he’d “behave”.

There’s been no response yet from 50, but it’s been barely two days. A quid says he's plotting something.