HomeNewsToday marks the 31st anniversary of the Hillsborough disaster

Today marks the 31st anniversary of the Hillsborough disaster 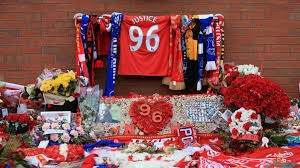 Arguably one of the most tragic events in British footballing history, it’s been over three decades since 96 people lost their lives on a fateful day - the youngest to die was only 10-years-old.

It was an FA Cup semi-final match between Liverpool and Nottingham Forest at Sheffield United’s ‘Hillsborough’ ground. Liverpool fans were queuing to be let in, and when the match kicked off at 3pm, there was a push forward by the fans waiting to enter.

Due to poor organisation by the police in charge of the area, the surge forward sadly led to 96 people being crushed to death. Survivors of the disaster have spoken of victims losing consciousness in front of them.

To make matters worse the police then tried to cover their tracks by smearing the Liverpool fans. They told national media outlets that they robbed the victims and urinated on police officers giving aid.

RIP to the 96 who lost their lives that day.