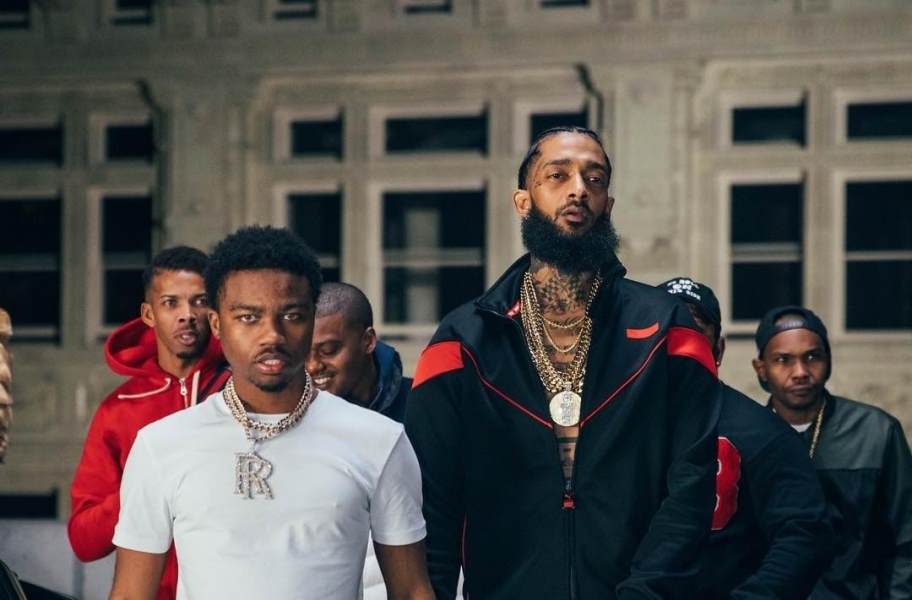 The California sun paved avenues and boulevards of Compton have always been synonymous with urban music. The streets have borne witness to the rise of many upstarts who would eventually reach legendary status. A young Dr. Dre filling his head with the sounds of Roy Ayers and the classics, the reflective mind of a teenage Kendrick formulating ideas on the broadcast of America’s societal issues and the birth of the infamous Death Row Records. The list goes on, and whether you indulge in the culture or not the chances are if I asked you to name five Compton rappers your response would be served up effortlessly. Along with its neighbouring cities of Long Beach and South Los Angeles (formally South Central), the area has long lived in the glory of being both the hub and birthplace of gangsta rap and G funk.

Some use the art form as a way to escape their immediate surroundings, and it’s easy to see why. Compton was sold to new homeowners as a slice of the American dream, but with ingrained societal injustice and the introduction of gang warfare this soon became a nightmare. The area was the eye of the storm during the infamous LA riots, the spot where Rodney King faced unjust police brutality and where even today hundreds of separate Bloods and Crips factions leave their homes everyday without the certainty of return. Many run, but we only have to look at the legacy of the late great Nipsey Hussle to understand the effort being made to introduce lasting change. Compton is a place so rich in culture. It produces art which cannot be replicated, with specific sounds and signifiers.

Art reflects the reality we live after all, and now a real sense of hope and better days ahead runs deep through Crenshaw, Alondra, Rosecrans and Slawson Ave. The CPT may have lost Nip, but the prince is stepping up his game and putting the city on the map worldwide once again.

Roddy Ricch’s recent single ‘The Box’ has brought unprecedented success to its creator. It, of course, topped charts worldwide cementing the young rapper’s place in the game, helping him make the transition from up and comer to rap game heavyweight. It’s worth saying here that this wasn’t supposed to happen either. The single to Roddy was more of a filler track for the album, and yet rapidly rising YouTube hits and streams quickly indicated that it would become the leading hit of the project. Justin Bieber, of course, made his return from hiatus with ‘Yummy’ and it quickly became obvious that his camp wanted this thing to do serious numbers. To outside viewers it would seem that Justin is still reluctantly working through the trappings of his own fame and musical success, and yet he still fought hard on social media to get his fans on board with this fast track to the number one spot. It came as a surprise to many then, when Roddy pipped him into pole position. Lil Nas X proved with ‘Old Town Road’ that the industry shouldn’t sleep on the power of the internet, but of course, the labels still believed in their own hubris that nobody could dampen their star. Instagram campaigns and hashtags can take you far in this world yes, and yet that now-famous “eer, urr” still managed to rise above as the cream always does.

What I’m trying to say is that in a world of Tik Tok’s and Twitter’s where everybody is looking to follow a trend, originality can still reign supreme. Roddy doesn’t yet think of himself as a superstar, and yet even his early work has spawned a number of copycats attempting to recreate his melodic flows. His early life influences listening to the Isley’s and Charlie Wilson have had their effect on the artist, and his solid back catalogue of genre-spanning tunes have informed the content he now creates. This is, of course, more appealing than another Top 40 hit with a recycled Atlanta trap beat. It’s also ironic that this song found fame on the very platforms on which his competitors attempted to get ahead, isn’t it?

Fans of the culture will, of course, have known the name Roddy Ricch for a while now. His ‘Feed Tha Streets’ mixtape series displayed a young man striving to find his sound, giving us bangers such as ‘Die Young’ and ‘Every Season’. His melodies, pop culture references and lyrical ability are all on display in these bodies of work but feel less refined as they do now, which is natural. Ricch hasn’t taken the newly fashionable route of independent success, he is signed to a major label but is able to retain all of the charisma, humour and musical control that he’s always had. Alongside Compton he spent a fair amount of his youth in Atlanta, being exposed to two differentiating but equally essential pillars of traditional rap style. This experience has indefinitely informed the choices he makes now, whether subliminally or consciously. People like Young Thug and Future, of course, introduced ‘melody flow’ to the masses, but Ricch takes the now common formula and runs with it. Singing and rapping blend seamlessly in his delivery and while his hooks land easily in our ears, his pain is still recognisable throughout. Roddy seems to fit like a glove on whatever beat in which he lands. Trap, drill, dance, you name it. It’s this versatility which peaks interest and makes the rapper so appealing to so many markets. Drake is the master of borrowing ideas and sounds from different genres, but what amazes me if how RR can bring his own flow to whatever genre he likes, refusing to lose his key qualities and traits.

Thinking back to that theme of pain, the troubles of street life have always been prevalent in the music of the CPT. The neighbouring high schools in the area are even painted Red and Blue. Many of the young minds in attendance have their future decided for them long before they even step in front of a mic, and ties can be hard to forget. In this sense, Roddy is the heir to a long-running Compton tradition. Party and pain go hand in hand, which is directly reflected in the music. Everyone wants to enjoy the sunshine, roll up some Cali Kush and sip an Ice cold forty while West Coast hip hop is playing. The artists invite you to take a sip or hit and then slap you in the face with a cold dose of the cities harsh reality. Life here is no fun and games after all. Roddy is also aware of the legends who came before him and even met a young Kendrick at church in his childhood. He has had his days cripping on the blocks of his home streets too but has never lost focus of his endgame. Last years hit single ‘Racks in the Middle’ now looks to many as a passing of the torch moment between greats. Nipsey is sadly gone, but the marathon continues and his legacy lives on forever. Now we have a young man willing to pick up where he left off. Someone already inspiring the impressionable young minds of his home.

So, with a work ethic that refuses to stop, a blazing trail of hits in the rearview and debut album ‘Prayers to the Trap God’ doing serious numbers, Compton has found it's next great. With his versatility and ability to connect with fans in a landscape increasingly dominated by technology, expect this business-savvy individual to have you riding along with Crenshaw in the droptop with him for years to come. Roddy Ricch people, long may he reign. DaBaby feat. Roddy Ricch 'Rockstar' is out now.