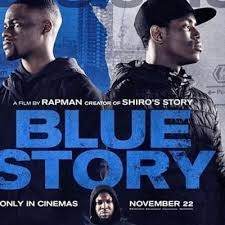 Rapman’s independent film, set in South London has made it to the top 5 in the UK’s film charts after only recently being released on video streaming services.

He took to Instagram to say "😅 @bluestorymoviecharted no.5 in the @officialcharts mad love to everyone who brought it to watch at home 🙌🏾🙌🏾🙌🏾."

😅 @bluestorymovie charted no.5 in the @officialcharts mad love to everyone who brought it to watch at home 🙌🏾🙌🏾🙌🏾

The film generated £4.4 million when it was screened in cinemas.

Blue Story can be viewed on Amazon’s Prime Video or Google Play.