HomeNews#WRITERSBLOCK: British Exports Breaking the US

#WRITERSBLOCK: British Exports Breaking the US 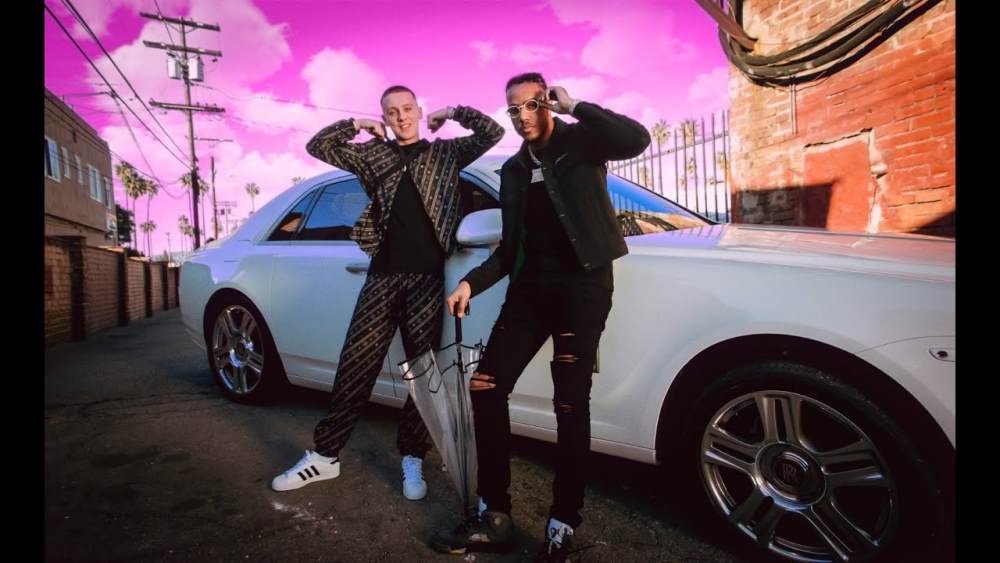 The idea of ‘breaking America’ isn’t one foreign to the British musical landscape. After conquering home shores, artists for years have taken the decision to switch up their set, with their sights directed firmly across the Atlantic. Make your voice known here and what can you can expect? Well, waves of new fans, a steep rise in streaming numbers and a whole bunch of that hard-earned cream to boot. Tapping into this market can skyrocket one’s journey from the new kid on the block to global superstar, and so it would seem that the American dream is still alive and kicking in 2020. Many individuals and groups have of course trodden these waters successfully before, and our stateside friends are no strangers to the creative output of this small island. For whatever reason though, our homegrown emcees have struggled to leave a lasting imprint on an environment so rich with versatile sounds and style. Yet the growth of social media and rise of the UK scene, the change could soon be in the air.

Grime was and is a sound tied to the streets from which it came. It’s unpolished, visceral and inherently British. Unlike Drill, it can’t be interchanged between countries at will, and perhaps this is why its spitters have struggled to break through the ceiling of the home market. It’s only when these same creators began to branch into a new artistic vision that interest across the pond began to finally stir. Tinie Tempah will be remembered by many as one of the first to emerge in the commercial bracket, with hits like ‘Pass Out’ reaching national acclaim while keeping the respect of genre purists. You can claim that the track wasn’t stored on your phone or iPod nano back in the day, but we know that you’d be lying about the fact! Tinie’s first album awarded him unrivalled radio play and chart recognition at the time, and as he embarked on his sophomore effort the wide-open spaces of the states became a realistic goal for him. I remember seeing footage of his press circuit and run of shows. I can’t put it down to a single thing, but the trip never really took off in spectacular fashion. The whole thing just felt a little underwhelming. Personally, I’d argue that the scene was not yet ready for the noise. This was an era of American rap music where hooks and melody still dominated billboard, before conscious rap and the rise of auteurs like Kendrick, Cole and the heavily influential Young Thug had ever taken place. Yes, Kanye, 50 and others had become household names at this point, but what I’m saying is that the country just wasn’t ready for something quite so different and foreign-sounding. Before his return as ‘the grime scene saviour’ Chip’s career told a similar tale. After charting success in England, he opted to collaborate with Meek Mill, Chris Brown and Tip in an attempt to get ahead of the game, and it left him in a dark place. Irrelevant on both frontiers, we all know the lengths the Tottenham hailing emcee went to in order to win back his lost respect, but that’s a conversation for another time. The narrative displayed a clear warning to others, a fanbase cannot be taken for granted.

Skepta is another name who comes to mind when mulling over this trend. In the build-up to his critically acclaimed ‘Konnichiwa’ album, Big Smoke found himself in disarray after years following damaging label instruction. Sleeping on the floors of friend’s apartments, he took the time to rediscover his passion and used America as a muse in which to birth new ideas and sounds. The result? The reinvigoration of his entire career and a Mercury price has thrown in for good measure. It’s safe to say research paid off for the veteran heavyweight, and since studying abroad in the land of opportunity, the British name I’ve heard grace the lips of our transatlantic cousins most is Skepta. This is where the age-old trend begins to change. Many viral reviewers such as Anthony Fantano and Big Quint took a big liking to the project, and ‘Shutdown’ did serious circles on the college circuit as well as through social media. While being an LP rooted in the traditions of grime, its solid production began to upturn ears and I can tell you from personal experience blasting ‘That’s Not Me’ along Hollywood Boulevard, the Yankees can get down with the movement.

So here we are, the modern age. As mentioned here before, in recent memory we have seen an explosion of home-based artists flood our ears. UK urban music is at the forefront of pop culture as never before, with all artists proving necessary chess pieces in a vibrant and diverse pallet of sub-genres and styles. The role of the producer has grown immensely too, and through collaborative means, there may be hope yet for our talented young exports. Manny sensation Aitch and AJ Tracey recently hooked up with Memphis’ own Tay Keith, delivering knockout banger ’Rain’ over an iconic US trap instrumental. The track has so far paid dividends on both coasts, raising and solidifying its creators’ reputations respectively. Burna Boy’s star keeps burning brighter, and Dave collab ‘Location’ has now shed international light on the Streatham raised boy wonder. Man of the moment Roddy Ricch even came together with Chip and Yxng Bane, which again smartly caters to two wildly different demographics. It’s worth mentioning Drake’s constant championing of UK culture as a factor in the growth of this newfound spotlight too, with Stormzy’s moniker also retaining attention on the international stage.

Expect this trend to grow even more rapidly. Style is a spectrum after all, and with so many artists successfully blurring the lines between genre and the stereotypes of their geographical location, some Avengers-Esque line ups are surely waiting on the horizon to hit the airwaves soon. YouTube and premade playlists have gifted the world easy access to a plethora of content, and it’s never been easier to discover your new favourite rapper. You only have to search ‘Americans react to’ on YT to see the progress and shift in the culture, our scene has never been better, and now everyone wants to fuck with us. Enjoy the ride people!