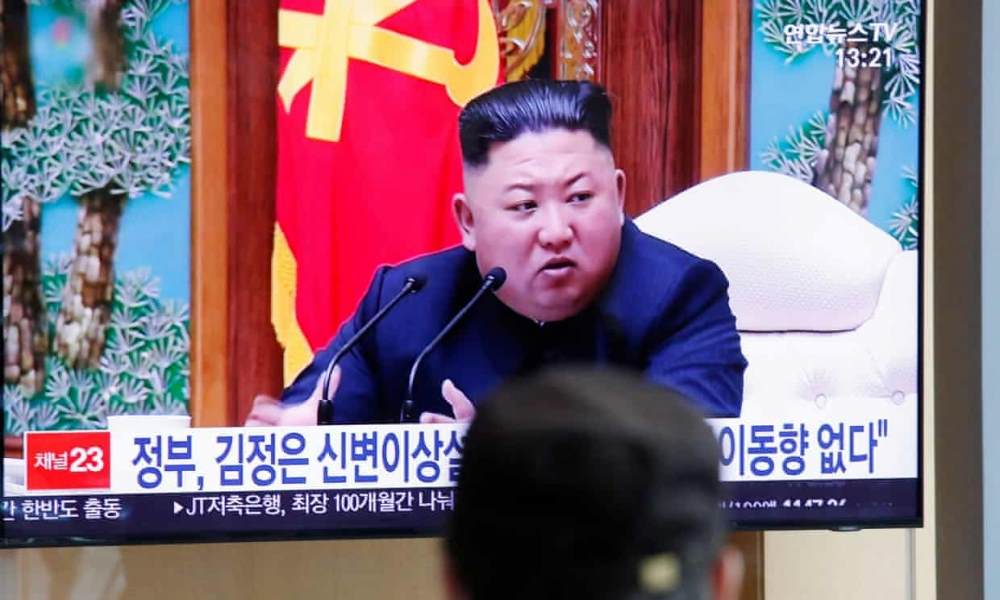 South Korea has said that Kim Jong-un, is “alive and well”, playing down rumours that the North Korean leader was seriously ill after undergoing heart surgery.

“Our government position is firm,” Moon Chung-in, a special adviser on national security to the South Korean president, Moon Jae-in, said in an interview with CNN on Sunday. “Kim Jong-un is alive and well.”

"Kim Jong Un is alive and well. He has been staying in the Wonsan area since 13 April. No suspicious movements have so far been detected."

Kim was last seen in public on 11 April at a meeting of the ruling Workers' Party politburo. But when the country celebrated the birthday of his late grandfather and state founder Kim Il Sung four days later, he was absent.

Since then there have been many rumours about his whereabouts and health, fanned by his heavy smoking, apparent weight gain since taking power and family history of cardiovascular problems.