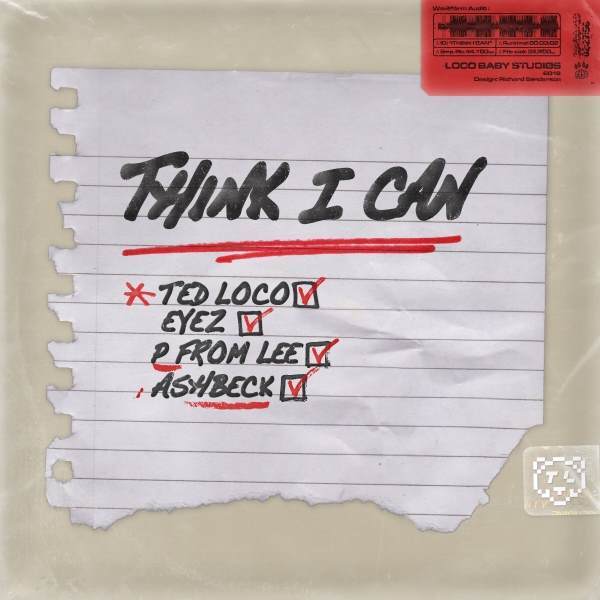 After the release of their collaborative EP entitled 'Cognac Arcade' featuring JimiDaKilla, it's clear Ted Loco's work rate is unequivocal as the artist has returned with yet another release. This time in collaboration with international grime sensation Eyez, these two East Midlands music moguls compliment P From Lee and Ashbeck's punchy flows on this emphatic beat.

“Ted Loco brings an interesting soundscape and arguably one that would appeal to a wider audience as it doesn’t require background knowledge of any one specific genre.” - Guap Magazine

Ted Loco hit 1.9 million streams on his record Coldeine with Leicester hometown hero Kamakaze and the aforementioned Cognac Arcade EP with JimiDaKilla has already hit over 50 thousand streams. With multiple new tracks in the works, this is just a taster of what is to come from upcoming producer Ted Loco, cited by THE PIT LDN as a top discovery for the year.

Listen to Think I can below and on Apple music now!

We and our partners use cookies to personalize your experience, to show you ads based on your interests, and for measurement and analytics purposes. By using our website and our services, you agree to our use of cookies as described in our Cookie Policy.