HomeNewsIt's deeper than influencers, it's about Black women's pain

It's deeper than influencers, it's about Black women's pain 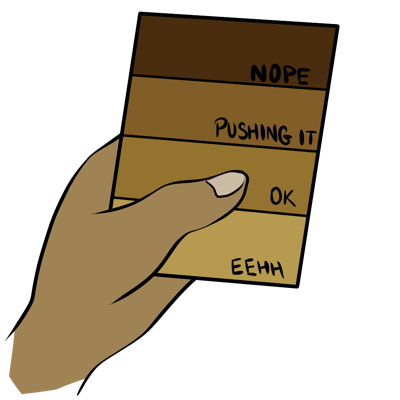 Black female influencers apologised, yet the black men who were called upon are still refusing to take accountability for their actions. Where is the justice for the black women who bravely stood up to share their stories?

When Molly began a discussion on Twitter about a black man making colourist tweets, her intentions were to highlight the “constant berating of darker skinned black women” made by a black male on Twitter. “The intended audience was really the black women that follow me”, says Molly, who didn’t expect her tweet to gain much traction.

“My main intention with the tweet was to alert people in my community that we are allowing a space in our community to be taken up by someone who doesn’t respect black women’s feelings, trauma, or really existence.”

Instead of black men taking accountability, it has ended with black women taking the fall yet again; which is disheartening for the black girls and women who were deeply affected by the tweets.

“There were girls messaging me long paragraphs about these particular men, and interactions they’d had with them before,” said Dayna; who joined Molly on her search for justice.

Included in the women who felt a relief for their struggle to be acknowledged is actress Bundi Mojekwu, who was formerly in Fallout and Eastenders, who tweeted: "This is the first time this has really been acknowledged and it does feel good because I don’t look back on my time in Eastenders with any happiness. That always upset me because it was a dream for me to be on that show".

This is the first time this has really been acknowledged and it does feel good because I don’t look back on my time in Eastenders with any happiness. That always upset me because it was a dream for me to be on that show

In the unveiling of tweets, it was found that many black men, including podcast hosts, influencers and those who collaborate with black female influencers, were found to have a history of negative tweets about black women. Tweets were not only distasteful but also heinous as some stated that sexually assaulting black women was acceptable. It was also found that the men were in early adulthood at the time of their tweets, seemingly old enough to know better, whereas the females were in early adolescence. Is it then fair for the women to hold more accountability than the men, or should it at least be equal?

Dayna joined Molly on her search for justice “because, these are men who I have seen abuse their platforms to attack black women, all in the name of jokes and banter. And, the continuous gaslighting was too much for me to continue to watch”.

“Also, to highlight to black women who do condone these behaviours that not everybody is okay with it. We don’t have to just get over it, hold your friends accountable”.

Although Molly and Dayna, amongst a number of others, were trying to get black men to be held accountable for their actions, they were attacked online by others, sadly including black women, who called them “bitter, jealous and spineless and... bad vibes”.

“After the screenshots were released it was a relief because the insults definitely died down and people did begin to realise what I had said was true,” said Molly. “However, it was incredibly disheartening that I was basically forced to jump through hoops, provide evidence and answer to so many people for them to acknowledge what I was saying was true.”

“I didn’t even know Molly or the other girls before this happened, but girls were messaging me with links to colourist tweets and I felt obligated to share” said Dayna.

Molly was very disheartened by the “complete derailment of the conversation” which due to a blog page bringing female influencers into the conversation, ended up in the cancelling of black women, whom she believes "are the true victims of the vast majority of online abuse that has recently been unearthed.”

“Growing up a lot of young darker skinned women experienced colourism and some would definitely try and fit in to what was seen as the norm to be accepted...”

“This is not to be taken as an excuse in any capacity but rather something that needs to be taken into consideration when reviewing her (Nella Rose) tweets in comparison to those of grown men at the time; reducing darker skinned women to animals and claiming its acceptable to sexually assault them, truly heinous words” expressed Molly.

To be honest it’s actually exhausting seeing the overwhelming negativity black women receive, it always seems unbalanced. It’s boring and I’m over it. So many other problematic individuals celebrated, but let one gal make moves people are lurking waiting for their downfall.

“Nella Rose’s tweets were directed at women just like herself so it is clear that there was something deeper going on there in terms of self esteem... it makes absolutely zero sense to me how she is taking the brunt of the backlash in this situation when the initial culprits were grown adults tweeting things that were a lot more sinister than anything Nella Rose had to say.”

So, what can be done moving forward to ensure that everyone is held accountable for their actions? Are black women expected to continue to take the fall from cancel culture, whilst black men are forgiven by the masses? Or will black people as a whole be able to engage in these conversations effectively and diminish colourism?

The recent events have made Molly realise that “people seem ready to have the relevant conversations, but we need to definitely work as a community to steer those conversations in the right direction.”

Whilst Dayna wants black men to “stop making black women the butt of your jokes. It’s not funny. You know our history and you know the negative connotations attached.”