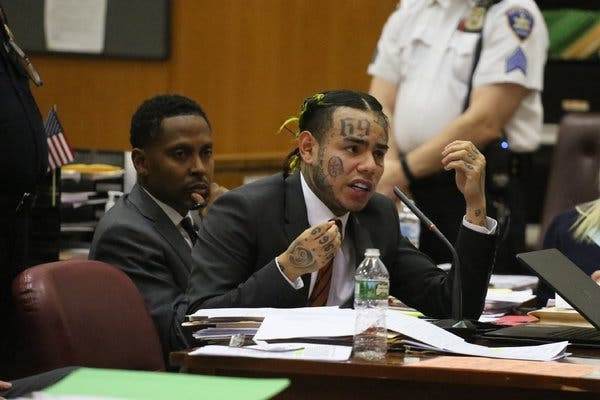 What a crazy year its been for the year old global star 6ix9ine, real name Daniel Hernandez. He has spent a lot of time in court telling on everybody, including his former gang affiliates Nine Trey Blood Gang. Just when we thought it was all over for 6ix9ine and his career was finished, done, trampled over and dead, magic happens.

According to TMZ, the young rapper has signed a record deal worth more than 10 milion dollars for two projects with his label 10k projects. His sentencing has been moved forward from January 2020 to December 18, 2019. On this day the world will find out 6ix9ine's fate.

6ix9ine's label believes that he will get a reduced sentence and he will be back on the streets to drop music which will conquer the airwaves.

Will his past deeds be forgotten once he drops music or will the so called "Snitch Tag" remain? I mean, afterall, this is Hip Hop.