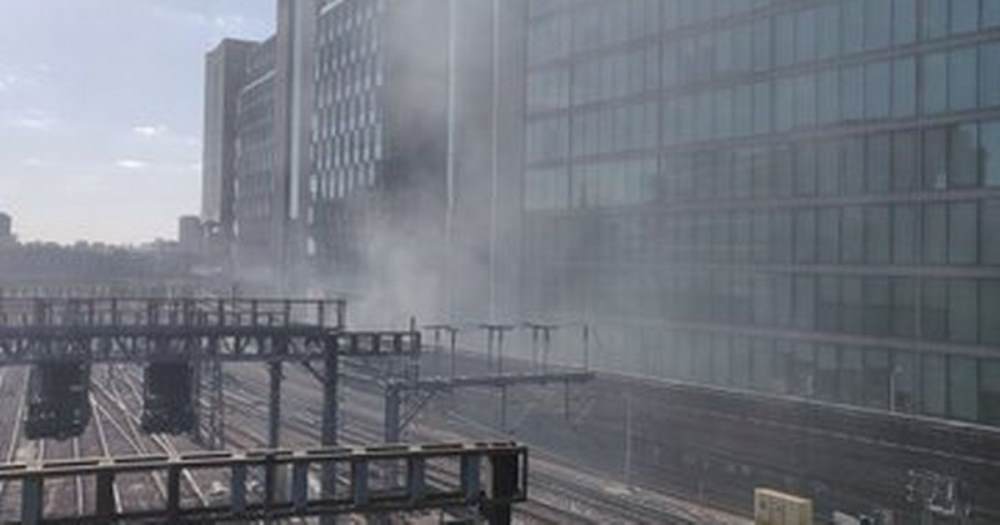 A fire has broken out at a building next to Paddington Station. Emergency services have rushed to the scene with eight fire engines in attendance, according to one witness.

Pictures and videos from the scene in west London show clouds of smoke engulfing the train lines.

Sheldon Square at Paddington Station. Multiple fire trucks, up to two dozen police attending to an apparent fire at Chinese restaurant below the pantheon. Security and police shooed observers away despite the fact that we were all far from the incident. pic.twitter.com/pCRPdXrlrf

One witness tweeted: “Smoke billowing from a building next to Paddington station. No idea what's happening.”

Smoke bellowing from a building next to paddington station. No idea whats happening pic.twitter.com/ghF6QOEt7I