HomeVideosMusic VideosNEW @officialsl is back with new visuals to 'Bad Luck'

NEW @officialsl is back with new visuals to 'Bad Luck' 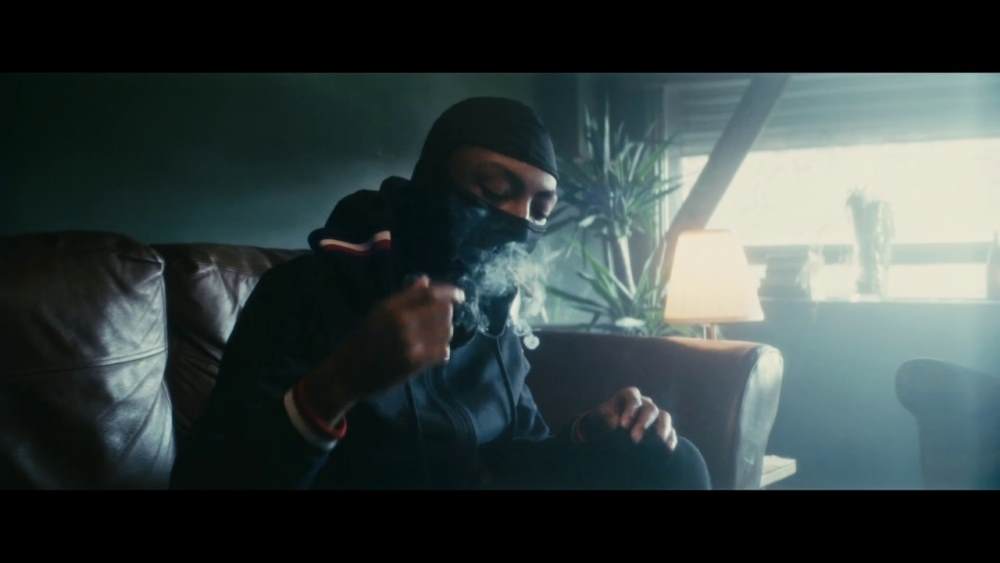 SL has released new visuals to ‘Bad Luck’. The South London artist rides the trap beat with the smooth and icy flow we know him for. The instrumental has a ‘DaBaby’ feel to it. The heavy 808’s added with the flute gives it that sound we associate with American trap.

The masked rapper has been consistent with the music. His calm and collected demeanour have made him a distinguishable figure in the scene.

The visuals are at another level of creativity. It beings with some sick animation of SL. The next scene is of the rapper chilling in a dark and spacious room. The mise en scène consists of Cannabis utensils on the table. The cut-scene during the video is like something from a film; We see a guy wearing a gas mask outside during what looks like the apocalypse. The rest of the visuals, we see a relaxed SL inside spitting his bars whilst the outside world crumbles around him.

It feels like SL has been around for a long time and has fully implemented his stay within the scene. It is hard to think that the 'Gentleman' rapper is still only 18 years old and with his consistency, it looks like he has a long career ahead of him.

Check the video here and let us know your thoughts: