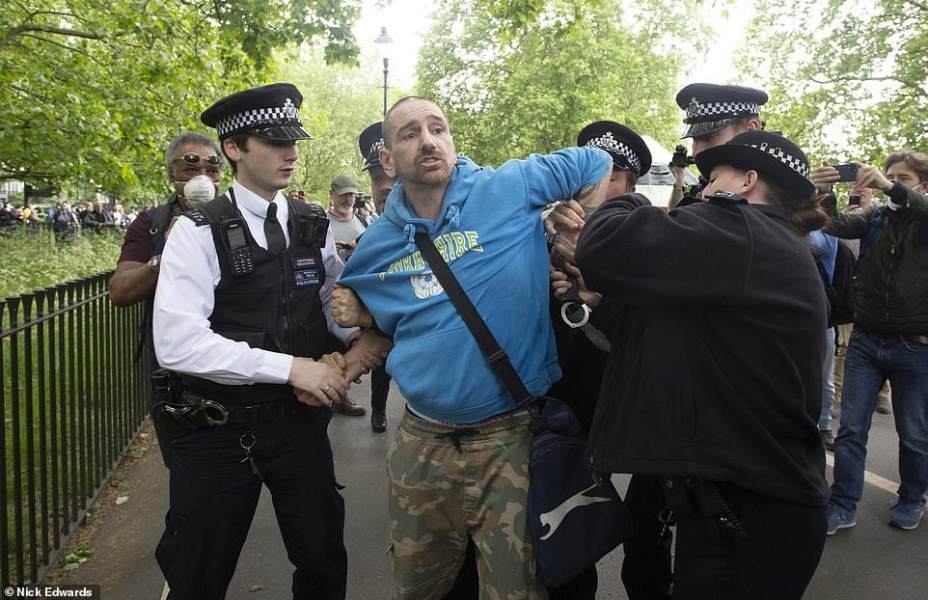 Police have reportedly arrested anti-lockdown protestors as a big crowd gather in Hyde Park. The brother of Jeremy Corbyn also protested against the coronavirus lockdown while brandishing signs reading 'I will not be masked.'

Piers Corbyn was seen surrounded by police officers as he made his way through the crowds, getting involved in the action and making his voice heard.

During the protest, several people were arrested by the police. So far six arrests have been made by police forces, who continue to patrol the area. There was a large round of boos when one protester was taken away in handcuffs by police.

With numbers mounting, police continued in their efforts to get rid of the crowds and keep people moving, in order to avoid the dangerous scenario of an uncontrollable mass gathering.