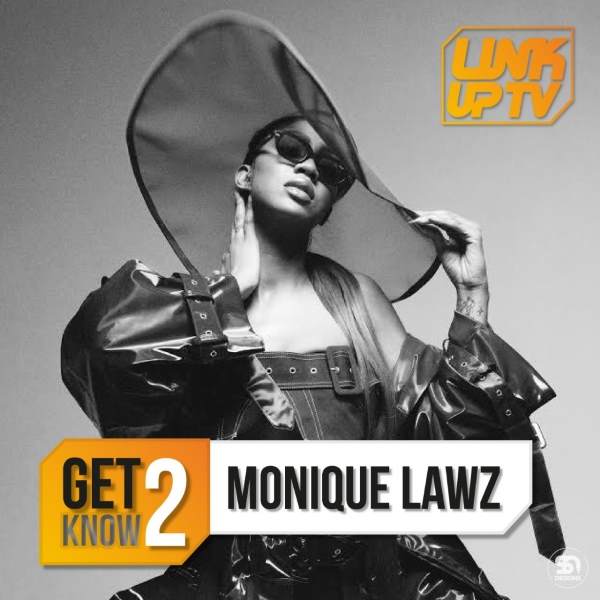 Singer/Songwriter, Monique Lawz has been circulating within the U.K music scene since her introduction in 2015. Working with a collective of reputable artists of high calibre, Monique has landed herself in studio sessions with the likes of Pharrell, Roddy Rich, Major Lazer and has featured on U.K rapper Skrapz’s album. After deciding to travel to L.A of her own accord to take her musical pursuit to the next level, Monique’s catching hooks and melodies found her signing the dotted line on a contract with Warner Chappell Music and is currently making waves with her latest release, ‘Worth It’ Ft Wiley.

Monique Lawz: That’s a good question… several things. I’ll just break it down. I feel that being a woman, I’m very vibrant, very loud and outgoing. I feel like not every woman is secure in herself as she should be so I’ve had some women shun away from that. I’ve got a big personality and want everyone to win but some women in the past have taken that and been a bit standoffish. With guys you know what it’s like, some guys have tried to make sexual advances and I just want to work. I’ve had to find a balance and deliver my message when engaging with people. I think it happens in any industry, but we have to work ten times harder to be taken seriously, sometimes it can come across as being too strong and you can get labelled as a diva which you don’t want.

Rae: You knew at 13 you wanted to pursue a career in music, fast forward and you’re now signed to Warner Chappell and have had sessions with music industry heavyweights. What was required to get yourself in the position you’re in now?

Monique Lawz: Everything. My heart, my soul, my mental. For the longest time I’ve been making music; since 2013. I put out my first EP in 2015 and a lot of UK platforms didn’t want to take my music and didn’t want to support. My first single was very trap based, the video was shot in Lagos and they said they didn’t like it. I was like… Ok, clearly you guys aren’t taking to what I’m doing so let me go elsewhere. And that’s when I started to travel to the States because I feel like they embrace Black music, and take to RnB a little bit more. Black females as a whole, I feel like out there are pushed to do better in comparison to the U.K, so that’s when the travelling started and honestly by God’s grace I started getting myself in the right rooms and building from there, so it really wasn’t an overnight thing. It took everything babes, I’ve just been myself and been building relationships.

Rae: Was there any point in your journey when you felt the goal was unachievable and wanted to give up?

Monique Lawz: Several times (laughs)… every other day. Music is the one thing you give so much love to and its very rare that you get a lot back from it. So yea several times, but I mean once again I put it down to God. I remember probably what could have been near to my lowest point, I think around 2014, I said to myself I’m going to go L.A and I’m gonna have a holiday. Every time I’ve gone I don’t party, I work work work in the studio trying to build a career, but this time I was determined that I was going to enjoy myself. Within the first couple of hours of landing in L.A a friend of mine who was managing Chris Brown at the time invited me to the studio and said I should come to the session with his new artist and see how it goes. I pulled up and met Danny and Tim, who are very influential in the music business, they asked me who I am and what I do. They asked to hear some of my stuff the next day, so I went back and played my music. Next thing I know Rodney Jerkins ran out his studio and asked who’s music it was. I told him it was mine and he was like.. oh so you’re really doing this and said he had some tracks for me to write to. It could have only been God. There’s been so many different scenarios like that as well when I’ve wanted to give up but I’ve been reminded that this is my path and to stick it out.

Monique Lawz: As a songwriter Ri (Rihanna), I feel like we’re on the same vibes and can make some dope music. As an artist Ri (laughs), Summer Walker, Nicki.. I love what she does, and she’s kept it consistent all these years. There’s so many more as well but off the top definitely them.

Rae: How has isolation affected your creativity if at all?

Monique Lawz: To be honest with you, at first it didn’t really affect me, I was like.. we move, let’s go! Then after a while, you have to start balancing work life with family. There’s been a few days when I think, why am I forcing it? The whole worlds going through the same thing and we don’t know what’s going to happen. My creativity’s been up and down, one day I’ll wake up super charged and other days I just wanna drink tea (laughs). A lot of my friends in the industry have said the same thing to me and now I just allow the block to be the block, sometimes if you try and fight it, it just makes it worse. I’ll focus on something else, for example doing my nails, then next thing you know, a melody will come to mind. Just allow it to be and be with the flow.

Rae: Who are you listening to at the moment?

Monique Lawz: It’s gonna sound so bad, but I’m not really listening to anybody, but I did tune into Erykah Badu and Jill Scott’s live. Let me tell you something, that was education. They are legendary queens; Jill Scott was talking about when she first performed the song she wrote for Erykah Badu and how she was nervous. This is a whole Jill Scott! It was a reminder that we’re human and it happens, a bad day is not a bad life or a bad career. You get knocked sometimes but you just have to get back up.

Rae: What is the first thing you’re doing when lockdown is over?

Monique Lawz: I’m jumping on a plane and going to Jamaica. Gonna spend a month there, just really get back to roots and make some music.