HomeNews#WRITERSBLOCK: The Legacy Of Ty 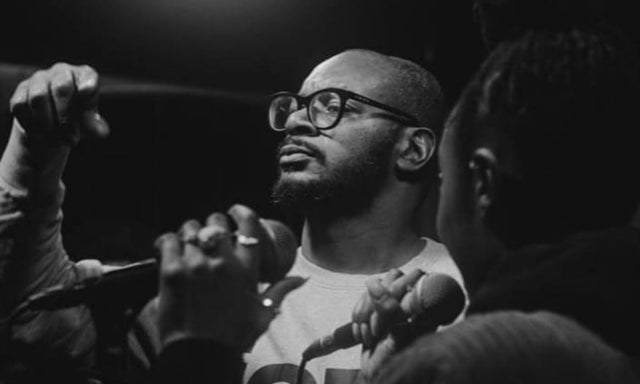 The Coronavirus continues to cast its morbid shadow across the UK, and the world. No branch of society has been left unaffected with the creative industries amongst those to suffer the biggest hit. We’ve lost many stars of the industry we all know and love in recent memory. 2016 seemed to commence the upsetting trend of losing our heroes long before their time, and in no place has this pattern more obvious than in hip-hop. Mac, X, Pop Smoke. The circumstance in which these talented young creatives have been taken from this world may differ, but to lose someone amongst the mismanagement and panic of this virus leaves an even more sour taster resting on our lips. There’s no justification here. No cause and effect. Just a new threat who clasped its deathly grip on the world before many would eventually acknowledge its presence. Ty passed at 47 years old due to COVID related complications. He displayed that true grit that finds itself a mainstay of the British identity, fighting his way out of the ICU. This was, however, sadly not enough.

For those familiar with his music, the shockwaves of this untimely event are still felt raw. Ty was an incredibly talented spitter, quick-witted and comedic. He brought a sharpness to the mic that I remember with great fondness and nostalgia. The turn of the century brought with it the bubbling underground movement of grime. Birthed from the estates and concrete jungles of the capital, this middle finger to the powers that be refused to go unnoticed. New stars were born, the media raged and the fire that would eventually lead to a gargantuan flip in the very fabric of our culture as a nation was beginning to be fuelled. But Ty didn’t spit grime. He had movements of his own to make.

In a time where American rap was beginning to hit new peaks through the release of projects like ‘Illmatic’, UK rap was still finding its feet. Few labels would give voice to the limited artists we had around, and in answer to the new sound echoing in the states, Ty looked for inspiration at the genre’s roots. Elements of jazz, soul and funk are all at play in his debut release ‘Awkward’, and it’s important to realise Ty’s influence on the scenes current state of play. It’s only through these sounds and influencers that we’ve been able to usher in this unrivalled new era of dominance. The man helped lay the groundwork for the many achievements to come.

To me, grime and rap have always complemented the other. The lines between die-hard fanbases have always been blurred, and now more than ever we see the genre-hopping tendencies of artists who are no longer confined by the walls of genre. Ty underlined this. His collaborations with Grime heavyweights like Skepta and Bashy demonstrated his true versatility, easily able to switch flow and leave his lasting mark on the track. As the 2000s drew to a close the borders between the factions of ‘urban music’ were clearly drawn, but Ty’s willingness to adapt and experiment proved that they had more in common perhaps, than not. People came up together. Their styles and deliveries were far from identical yes, but why should they not explore that common ground in the search of new breakthroughs? Whether aware of it or not, Ty lived by this mantra and stands as an example to visionaries across the nation.

Ty’s importance to the monumental culture change we have seen doesn’t rest only on his studio output either. He often openly voiced his criticisms of a media and industry who refused to support his art form, openly calling out long-standing institutional bias. Some forget that 15 years ago Stormzy might’ve been struggling to find a label, J Hus may have been riding the waves of pirate radio as his only available outlet. British Black culture is now openly adopted and celebrated, in many cases being culturally appropriated. We forget that such a short time ago the playing field of music looked entirely different. Ty was a true champion of hip-hop in its purest form and refused to settle for anything less than its advancement and recognition as a movement.

Ty always acknowledged the importance of intergenerational teachings and relationships in the scene too. He regularly hosted events which cast the spotlight on the new burgeoning emcees of the city and often collaborated with the elders he looked up to. He never received the acknowledgement he deserved as a pioneer of our sound, but perhaps in death, he will no longer be overlooked. I for one will continue to laugh and rejoice in his music. He was a true artist, completely original in the relaying of his real-life experiences in his art. Truly one of Britain’s greats, long may his music live on. Thanks for everything, Ty.