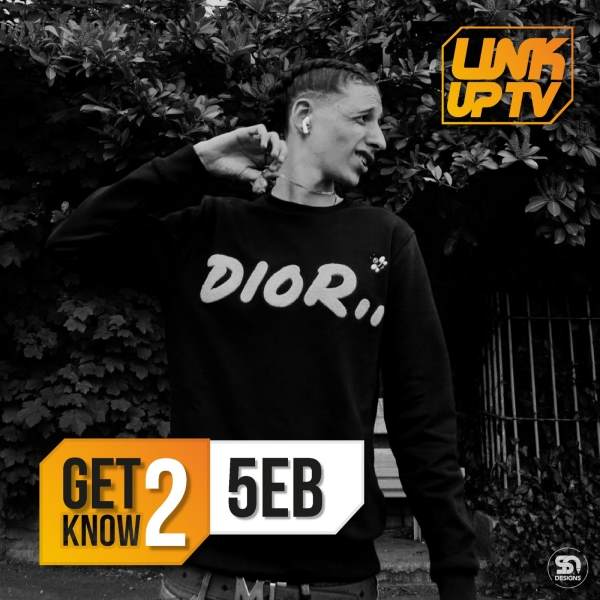 Putting North London on the map, the upcoming 17-year-old artist 5EB is setting trends in the UK scene with his wide-ranging and assorted sound. Steadily building a name for himself, 5EB sold out his headline show within 24 hours at 02 Academy Islington in October 2019. Pioneering a contrasting style to align with his melodic hooks, 5EB is an artist to watch this year.

Rae: What inspired you to follow a musical pursuit?

5EB: I can’t lie I got into music at a very young age, my sister put me on to Dizzee Rascal and stuff when I was younger, and I started doing talent shows. Then eventually I was bored and messing about and thought let me try this out…at first my music was very horrible (laughs). I feel like it was a natural process and it just occurred, it just eventually led to me wanting to make it my profession and then it became my passion.

Rae: What’s the meaning behind your name?

5EB: I wish I could tell you there’s a super deep meaning behind my name from five generations ago.. but it’s not that! I had a couple bad days and a couple good ones, but basically, I wanted to be called Seb. When I was setting up my page on Soundcloud, there were too many annoying House Dj’s and producers with that name, so I just put the 5 in front of the EB and it just ended up sticking. It kinda added to the aesthetic of my style and worked out in the end.

Rae: When did you first start releasing music properly and how did you get the buzz you have now in such a short space of time?

5EB: I guess I started when I was 15. I was messing around and I made a track called ‘5UNNY’, that’s when I first met my manager. I can’t lie I was releasing everything through Soundcloud. I didn’t know how to do Spotify and everything else, I was just releasing because I liked making music. ‘5UNNY’ ended up doing 400k streams, I was like… this is clearly gonna be a thing now so I just need to focus. I’ve got a hundred other songs, the world ain’t seen the stuff I’ve been working on for the last year, I’ve only just started.

Rae: You’ve released your project ‘Hibernation’ which you said was born in quarantine. Has lockdown had any other effect on your creativity?

5EB: When isolation first started, I made 27 songs in the first two weeks because I was charged up to work. It does affect artists in different ways, for example, I had some collaborations with other artists and it’s meant I couldn’t film for a while, so we’ve had to face a couple of challenges in terms of finishing projects and collaborating. In terms of my creativity, I think it’s been a really positive thing… I’ve had this time to focus on perfecting my craft rather than focusing on videos and all this other stuff, it’s nice to go back to the music and work on my sound. When this first started I was recharged to up the quality of my work and up my production style. I think every creative at some point has a block where they need to breathe from it for a little while. I’ve had virtual sessions with producers and flipping verses back to back with other artists. It’s just great to show that despite the circumstances we can still vibe and work. But yea I think it’s been positive considering and I’m actually kinda grateful for it. I’m very excited for this year and looking forward to sharing my work.

5EB: Eclectic, diverse and arbitrary..that’s probably the best thing I can think of! The thing about my thing which I like, is if you listen to my music you’d hear so many different subgenres of Rap, but my influences stem from bloody everywhere.

Rae: Who are your musical influences and who are you currently listening to?

5EB: The thing is you’d find damn near everyone. I don’t just listen to Rap, I listen to Drum n Bass, Garage, Jungle, Jazz, Soul…. I’m producing something right now, the synths make it sound like Trap music, but when the piano comes in, you can hear Nina Simone. I love people like Nina Simone to Mr Traumatik and everyone in between. My mum listened to a lot of Rock and Jazz when I was growing up. My dad used to play Classical music as well. He passed when I was 10, so the majority of my musical influences came from myself, my sister and my mum.

Rae: Outside of music, what do you like to do?

5EB: I like everything that a normal kid likes, I like chilling and smoking weed with my friends. When I look at it, I could have been a lawyer, I could have been this or that, I’m a bright kid you know what I’m saying? I know I could have been whatever I wanted, but I wanted to be involved in music. So, whether that means I’m a rapper until I’m 25, and then go into A&R at a later stage. I think I have an ear for music and follow a lot of rappers in the early stages of their careers that have gone on to blow, so that’s something I would look into in the future.