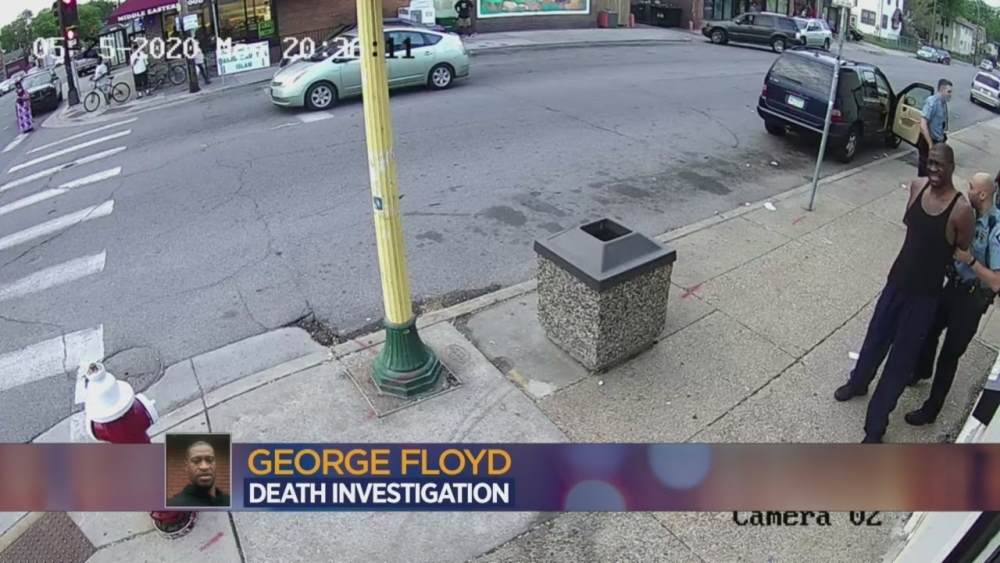 The F.B.I. and Minnesota law enforcement authorities are investigating the arrest of a black man who died after being handcuffed and pinned to the ground by an officer’s knee. A video was recorded by a bystander and that sparked large protests in Minneapolis on Tuesday.

Officers found Floyd in a car at the scene. He appeared intoxicated, police say. Officers ordered him to get out of the car. “After he got out, he physically resisted officers,” police spokesman John Elder told reporters early Tuesday. “Officers were able to get the suspect into handcuffs and officers noticed that the man was going into medical distress.”

An ambulance brought Floyd to Hennepin Healthcare, where he later died, police say.

Overnight, video of the "attempted arrest circulated on social media". The nine-minute video shows a white officer pressing his knee into Floyd’s neck behind a squad car. While lying facedown on the road, Floyd repeatedly groans and says he can’t breathe.

MORE: Video obtained by CBS News shows what appears to be the start of the confrontation between George Floyd & Minneapolis police officers. A restaurant's security footage shows cops taking him into custody, but the restaurant owner says it does not show Floyd resisting arrest. pic.twitter.com/KR8r7B1WPl