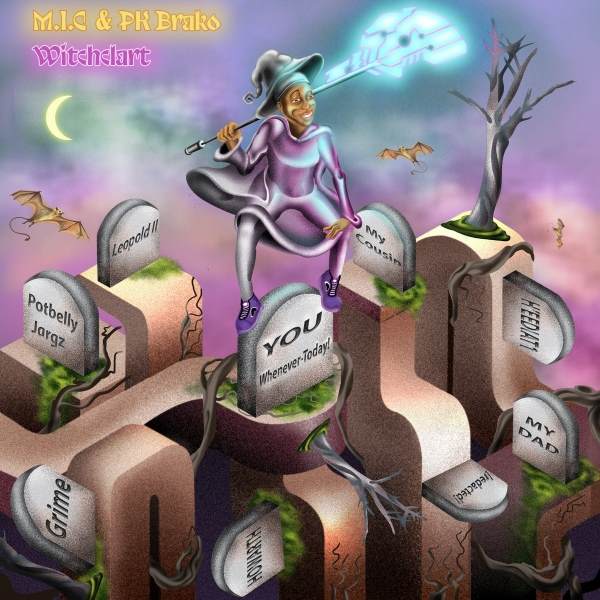 M.I.C is an artist who has been on everyone's radar and now he is prepping the release of his debut album 'Duskrunner' with the release of this first single 'Witchclart' along with 'Night Raid.'

First up is 'Witchclart.' Now, these bars received attention when M.I.C spat them on Tim and Barry's Just Jam 177, receiving plaudits from JME and Lethal B. But for those who are hearing them for the first time, prepare to laugh but also be shocked. With threats like:

"I’ll swap your cro for spice
And infest your house with mice
I’ll run-up in the old people’s home
And slap your grandad, slap him twice"

The second track 'Night Raid' is produced by M.I.C himself and is like a 2020 version of Faithless' Insomnia. The dreamy, ethereal beat gives M.I.C the chance to ruminate on insomnia and his nighttime routine of lavender and cedarwood oil.

These songs are released in preparation for his upcoming, highly anticipated delbum 'Duskrunner.' Let us know what you think of them and keep your eyes peeled for more from M.I.C. it is #DuskrunnerSeason