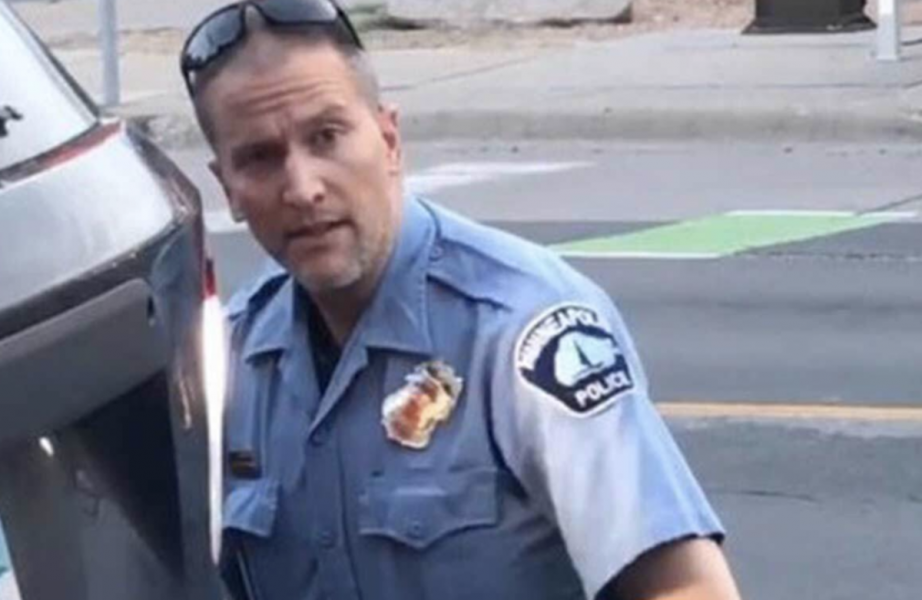 Derek Chauvin, the Minneapolis police officer captured on video kneeling on the neck of 46-year-old George Floyd to death, has been charged with third-degree murder and manslaughter.

The state’s bureau of criminal apprehension took Chauvin into custody but did not specify where the police officer was being held. The charges came as Andrea Jenkins, the city council vice-president, claimed Floyd and Chauvin knew each other having both worked as bouncers at a local nightclub.

Smoke hung over the Longfellow neighbourhood of Minneapolis on Friday after demonstrators stormed and burned down the city’s 3rd police precinct, the headquarters of the officers involved in Floyd’s death. As flames engulfed the building, chants of Floyd’s name and “No justice, no peace” could be heard. Protesters cheered and celebrated with fireworks, while police officers watched from two blocks away but did not intervene.

Floyd died in police custody on Monday after the officer handcuffed him before kneeling on his neck for several minutes, despite Floyd pleading that he could not breathe.

Four officers, including Chauvin, were fired.

Meanwhile, thousands of protesters took to the streets of Minneapolis for a second night on Wednesday demanding justice for the 46-year-old, leading to confrontations with police officers firing rubber bullets. It came as a new incident report reveals medics arrived at the scene of Floyd's arrest to find the black man already 'unresponsive' and 'pulseless'.