HomeNewsThousands of people gathered together for #BlackLivesMatter protest at Trafalgar Square

Thousands of people gathered together for #BlackLivesMatter protest at Trafalgar Square 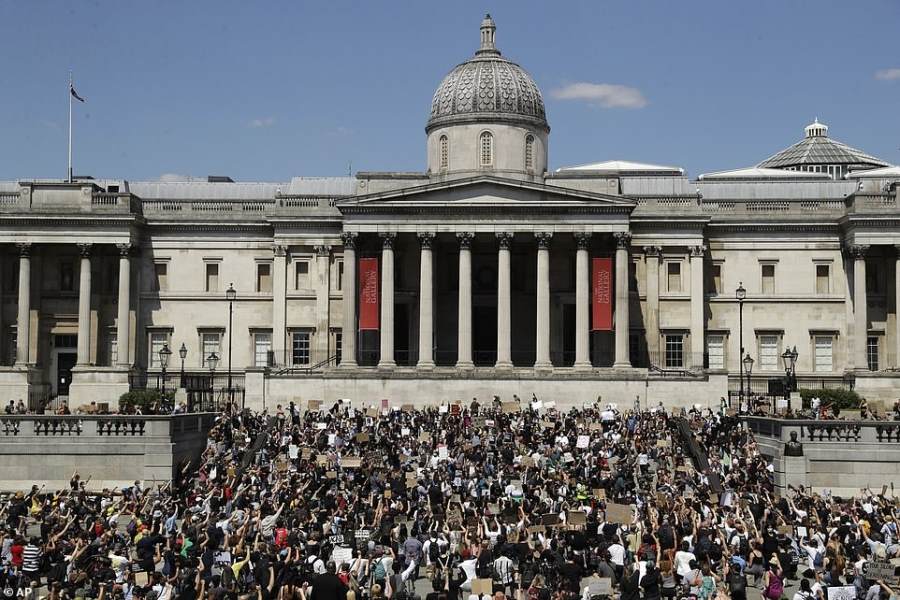 Thousands of people today marched on the US Embassy in London, with hundreds more taking to the streets of Cardiff and Manchester, to protest against the killing of George Floyd.

His death has sparked protests across the globe. In London today, crowds of people held signs reading ‘Justice for George’ and ‘Rest in Power’ as they marched in Trafalgar Square. Some demonstrators walked to the gates of Downing Street where they held up placards calling for justice.

George Floyd, 46, died after white officer Derek Chauvin kneeled on his neck for eight minutes during an arrest on Monday in Minneapolis. During that time Mr Floyd, who was unarmed, repeatedly begged for Chauvin to release him, telling him he couldn’t breathe.

Hundreds gathered for #BlackLivesMatter protest at Trafalgar Square. Everyone kneeling, chanting ‘No justice, no peace’ ✊🏻 pic.twitter.com/s6FO9Pl6yX