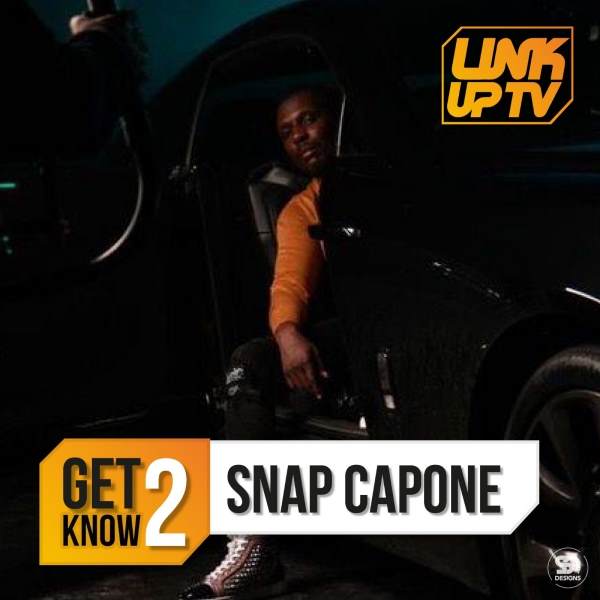 After some time away and back with an honest 25 track account of his reality, Peckham rapper Snap Capone returns with his new project ‘Return Of The Shooter 2’. With his newest release being his strongest yet, Snap Capone has maintained his name within the music circuit with his Fire In The Booth, Daily Duppy’s, Behind Barz freestyles and a multitude of singles exceeding over 11 million views.

Rae: What attracted you to embark on an artistic route?

Snap Capone: We had youth clubs and Giggs is from my area so I was naturally around music. We had decks at the youth clubs and would just mess around and go studio to kill time. It was a hobby really…

Rae: You began writing music and going to the studio as a teenager, but how long after starting music did you start to see a turning point in your pursuit?

Snap Capone: I feel like I started to notice when I was travelling out of London, say to Southampton or wherever because my friends used to go uni up there… so when people started to recognise me up there, I was like rah people are actually listening to my music.

Rae: What do you think it took to get to the point you’re at now?

Snap Capone: Consistency... because I had a lot of breaks but it’s about consistency. Continuous work and building my fan base… When people see you’re serious you start to take it more serious as well. I would say my environment to a degree had a part to play in getting my music out there.

Rae: Who are your musical influences and who would we find on your playlist?

Snap Capone: I’ve got older brothers and sisters, so where I grew up in a big household, they would play certain tunes and eventually I’d like it myself. I’ve always really listened to American artists and that’s not really changed, people like Jay Z, some of the youngers, Lil Durk, Da Baby, yea people like that. I tend to listen to people I know if their UK artists but if it’s a good tune I’ll play it.

Rae: How have the challenges you’ve faced impacted your creativity if at all, do you feel it’s made you a better artist or at times has it hindered your artistry?

Snap Capone: You know what it is.. it’s like another chapter. So going jail, coming out and rapping again, it’s just been part of my journey. It’s obviously impacted in my story telling because that’s was what I was going through at the time.

Rae: How did you deal with the press attention after your release?

Snap Capone: It was weird, very weird for me. I just thought it would be more exposure for me, because at that time, wherever I was going people were looking at me. I saw some girls that were from Amsterdam and came to London for about four or five days, I was talking to them and they were like.. ‘Oh my days, you’re that guy that was in the newspaper!’. I was like ‘How do you know?!’. They said all the guys in Amsterdam were talking about it. So the exposure was actually kinda good (laughs). I went away for a long time, so some of the kids didn’t know who I was. So the press did me a favour.. Thank you!

Rae: You’ve dropped ‘Return Of The Shooter 2’ which is a 25 track body of work. How long did it take to create this project and what do you favour the most on there?

Snap Capone: I come out of jail, the first day I laid down like 12 tracks, the next day 10. I made a lot of tracks coz obviously I was in there writing. I wanted to follow the theme which is why I named it ‘Return Of The Shooter 2’. Yea, I’m impressed with the both of them if I’m being honest.

Rae: Lastly, what has the music industry taught you that your environment or education couldn’t?