Notion to celebrate 85 Issues Of Music 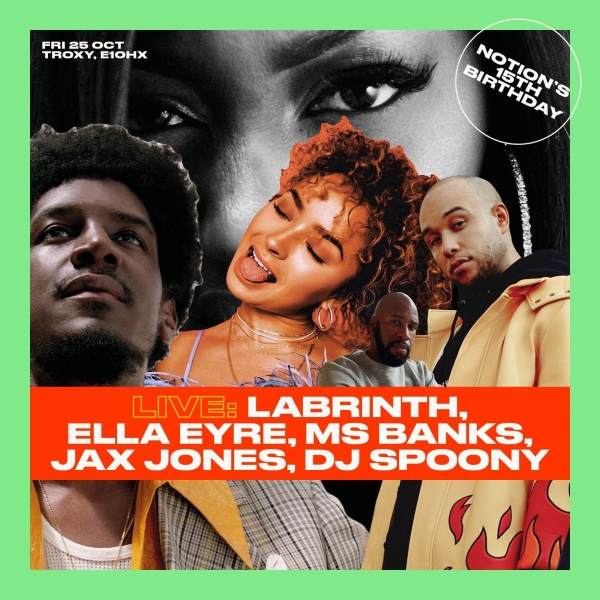 Leading music magazine Notion are holding a party to celebrate their 15th birthday and 85th issue – and we are all invited!

The event will be held at London’s Troxy on Friday 25. Oct and will host performances from Labrinth, Jax Jones, Ella Eyre, Ms Banks and DJ Spoony.

Tickets are available via DICE.

Rather fittingly Lab has been unveiled as the cover star for Notion's Autumn Issue. The singer has recently released his soul-driven new single "Something's Got To Give" alongside the score to HBO television series Euphoria.