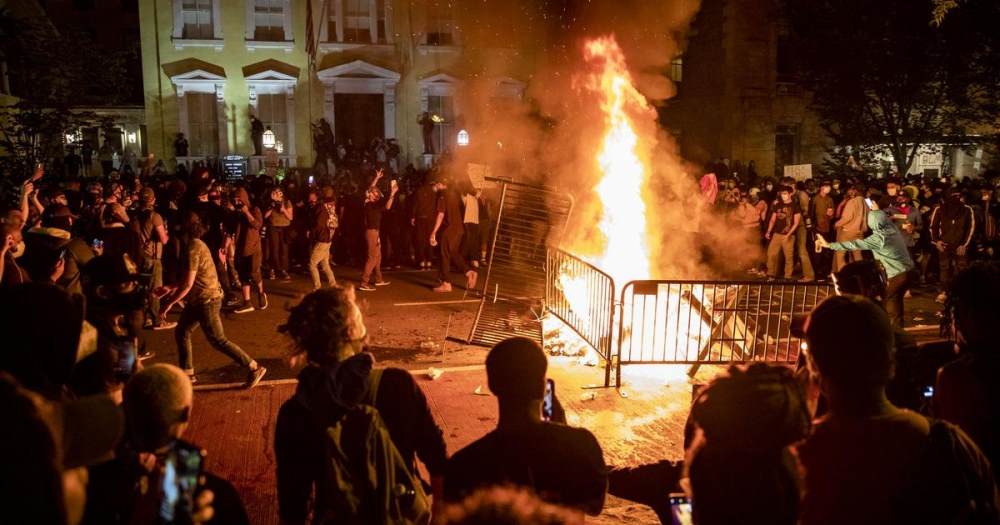 Donald Trump was rushed to a White House bunker as hundreds of people protesting against the death of George Floyd were gathered outside.

Law enforcement fired tear gas and flash bangs to disperse the protesters after blazes were set outside the White House. According to journalists, President Trump was briefly moved to an underground bunker as scenes escalated near the presidential palace. Sunday marks the sixth straight day of protests following the death of George Floyd.

The protests outside the White House sparked one of the highest alerts on the US president's residence since the September 11 attacks.

There are so many people tonight it simply is not possible to monitor frontlines with police @MayorBowser's 11pm curfew seems unenforceable pic.twitter.com/0k9CYCxWL7

A fire has been started in the middle of H street between 16th and 15th near the White House #dcprotest @wusa9 pic.twitter.com/hCtnfgBcfJ