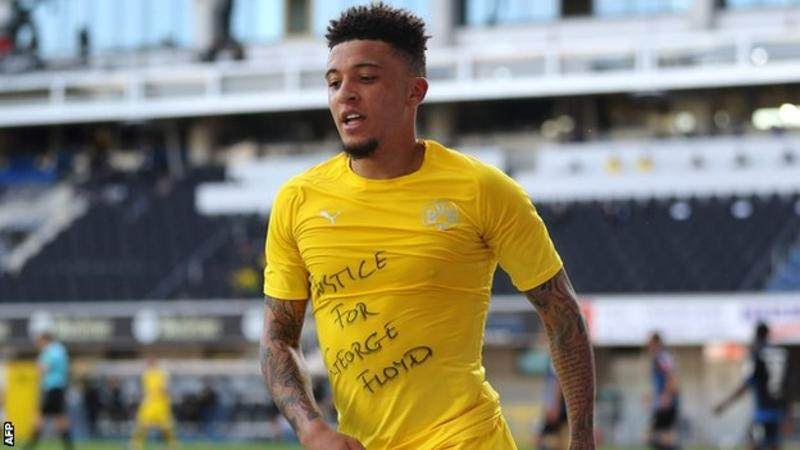 England forward Jadon Sancho was among a number of sports stars adding their voice to worldwide protests against racism on Sunday. Jadon Sancho celebrated his goal after scoring for Borussia Dortmund against Paderborn by revealing a t-shirt under his jersey which read "Justice for George Floyd."

A number of Bundesliga athletes joined the chorus of international voices protesting the death of George Floyd. Sancho unveiled a 'Justice for George Floyd' T-shirt.

Sancho later wrote on Instagram: "Delighted to get my first career hat trick, a bittersweet moment personally as there are more important things going on in the world today that we must address and help make a change.

"We shouldn't fear speaking out for what's right, we have to come together as one & fight for justice. We are stronger together! #JusticeForGeorgeFloyd."

Floyd died in police custody on Monday after white officer Derek Chauvin kneeled on his neck for almost nine minutes to pin him down.