HomeNewsMichael Jordan pained and angry over the death of George Floyd

Michael Jordan pained and angry over the death of George Floyd 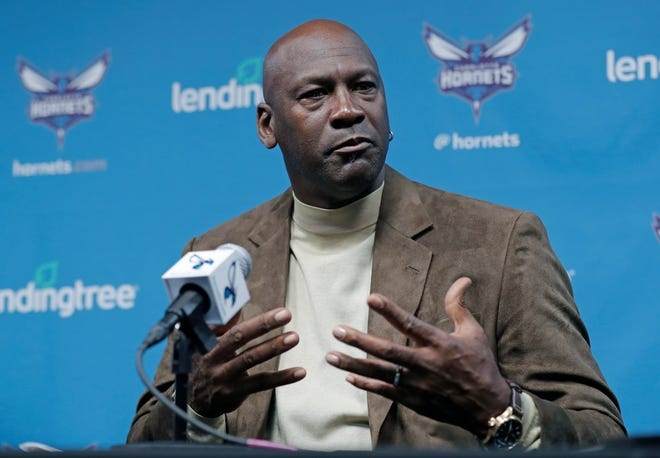 Michael Jordan, NBA Hall of Famer and owner of the Charlotte Hornets released a statement expressing the grief and outrage that he feels over the death of George Floyd.

If Jordan was criticised for one thing during his playing career it was that he did not often speak out on social matters or advocate for issues of equality.

George Floyd, a black man from Minneapolis, was murdered as a consequence of receiving inhumane treatment by white officer Derek Chauvin. Chauvin preceded to press his knee on Floyd’s neck for several minutes despite Floyd pleading that he could not breathe. On-lookers who were recording the incident cried for the Chauvin to stop but did not intervene.

Huge demonstrations of protest took place in at least 30 cities across the US over the weekend. Most were largely peaceful, however, violence was registered to flare when antagonised by police enforcement.

Chauvin was charged on Friday with third-degree murder and second-degree manslaughter, however, his three other complicit fellow officers are yet to receive legal action.

Jordan, expressed the impact the events have had on him, stating: "I am deeply saddened, truly pained and plain angry".

Though Jordan’s fame is undisputed, the recent release of a 10-part documentary following the Chicago Bulls ‘98 run to the finals has meant his exploits are a hot topic of discussion, the time opportune to redirect that attention and focus it to shed light on the epidemic racism and violent treatment experienced by the African-American population.

"I see and feel everyone's pain, outrage and frustration. I stand with those who are calling out the ingrained racism and violence toward people of colour in our country. We have had enough”.

"Our unified voice needs to put pressure on our leaders to change our laws, or else we need to use our vote to create systemic change. Every one of us needs to be part of the solution, and we must work together to ensure justice for all”.

NBA commissioner Adam Silver praised the "many members of the NBA and WNBA family" who have spoken out:

“We are being reminded that there are wounds in our country that have never healed. Racism, police brutality and racial injustice remain part of everyday life in America and cannot be ignored. At the same time, those who serve and protect our communities honourably and heroically are again left to answer for those who don't”.