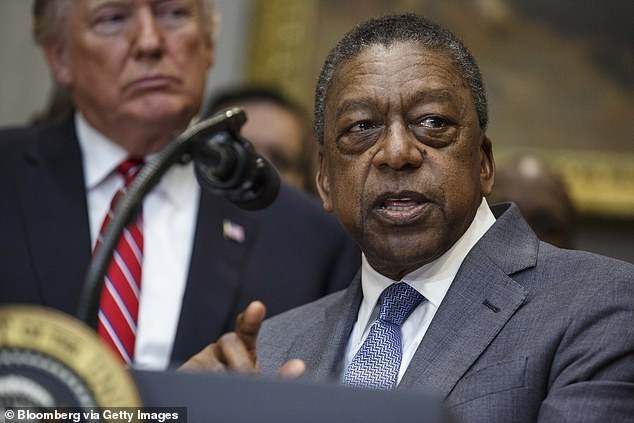 BobJohnson, the founder of BET has asked for federal reparations to be made for slavery as national protests and outrage continues following the death of George Floyd.

Johnson told CNBC on Monday that the U.S. government should make $14 trillion available for reparations for the black community. He said that the money would help to reduce the 'systemic racial inequality' that stems from the country's history of slavery.

'Now is the time to go big, short answers to long horrific questions about the stain of slavery are not going to solve the inequality problem,' Johnson said on CNBC.

He also said: 'Is $14 trillion too much to ask for the atonement of 200 plus years of brutal slavery, de facto and de jure government-sponsored social and economic discrimination and the permanent emotional trauma inflicted upon black Americans by being forced to believe in a hypocritical and unfulfilled pledge that 'all men are created equal'?' Johnson also wrote in a statement on Monday.'