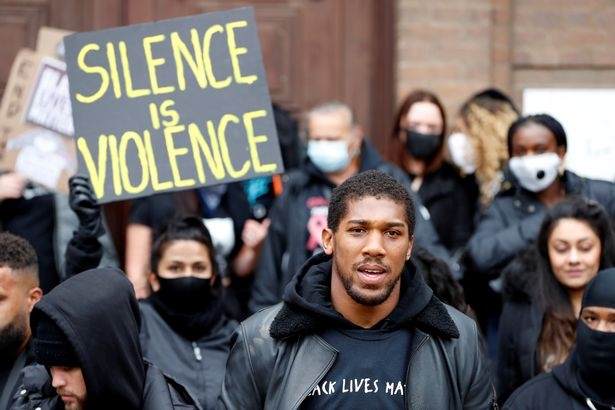 Yesterday, Anthony Joshua made a heartfelt speech during the Black Lives Matter march. In the speech, he mentioned: "The virus has been declared a pandemic," Joshua said.

The IBF, WBA and WBO world champion added: "We stand united against a virus which has been instrumental in taking lives, taking lives of the young, old, rich, poor; a virus which is unapologetic and spreads across all sectors."

At the march, Joshua walked with crutches after he felt a "twinge" in his left knee during training this week.

Watch the full speech below:

'Racism is a virus,' said boxing champion Anthony Joshua as he joined a Black Lives Matter protest in his hometown of Watford, England. Follow our live updates here: https://t.co/8f7EFQVqWs pic.twitter.com/j7ECwuYVWK