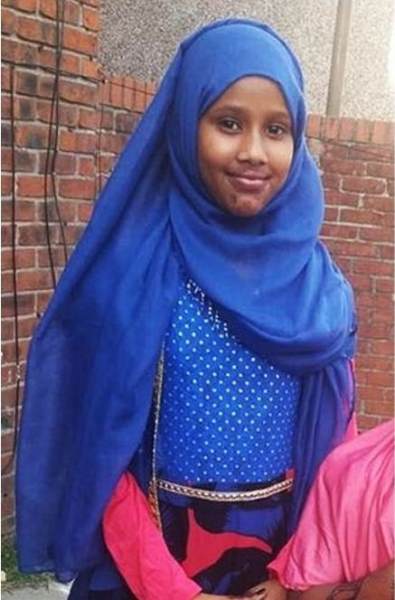 A 12-year-old girl from Somalia, Shukri Abdi, died by drowning in a river, where she was bullied to get into the water. She was "pushed around" by two girls who were reportedly at the scene when she died. Shukri Abdi was found dead in the River Irwell, near Bury, on 27 June last year.

A school friend – named in proceedings only as Child One – has already admitted she told the youngster that day: “Get in the water or I’ll kill you”. She said she was joking. Rochdale Coroner’s Court heard from another pupil who said the girl who made the threat had been bullying Shukri earlier that day. Shukri had allegedly arrived in the UK, a year before she had died.

The police’s lack of urgency and seemingly indifferent demeanour only added fuel to the fire as questions quickly began to arise from the family, friends and general onlookers about what really happened to Shukri.

Her death became a complete mystery, leaving it to others to piece together what may or may not have happened. Recently, thousands of people have signed petitions for Shukri Abdi so that Greater Manchester Police MUST investigate this incident with full transparency.

Click here for the petition. You can also donate here to help raise money for Abdi's family.