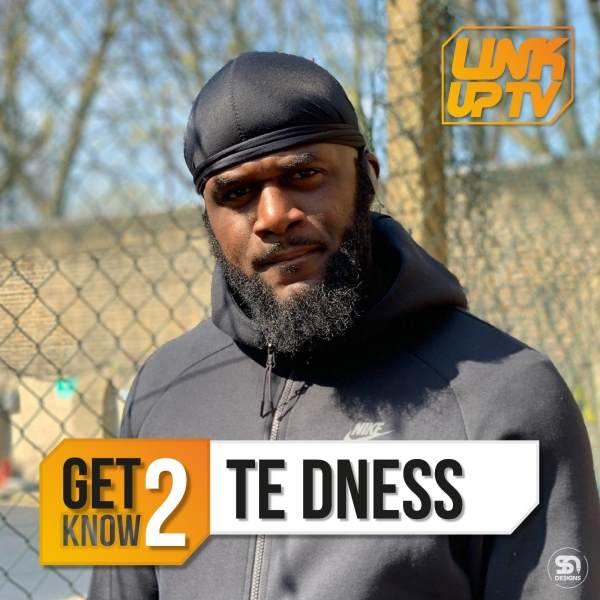 Starting off with his name heavily entrenched in West London's music circuit, with his consistent releases and creative visuals, Rapper TE dness has steadily cemented his place within the U.K music scene. His lyricism has featured him on stages with industry heavyweights such as Post Malone and Future alongside opening the stage for Stormzy's first tour. Known for his honesty in his lyrics, TE dness' latest project 'April Showers 3' continues to create resonance amongst various playlists.

Rae: You said it was in 2017 that’s when you started to believe in your music, what was the turning point for you, what changed?

TE dness: It was just after my headline show, I think it was selling out that headline show is what kinda gave me the boost and pat on the back that I needed to just know I can bring out a decent-sized audience and there are people that wanna connect with me. It was just an eye-opener it was a good campaign and I’d just dropped a sick single, that ‘Saucy’ single, I launched a sick successful clothing and merch line off it. I think that whole experience has kinda let me know that if I could just be consistent then I would always get that response if the quality of music is high.

Rae: You were born in Jamaica and moved to London aged 6, you then went back to Jamaica as a teenager to later return in the U.K. Do you think your environmental changes have had an influence on your creativity?

TE dness: Yea its helped me to adapt to new situations, being pulled out of my environment at an age when I was getting into Grime music and really connecting with my friends and the community, it got me used to not holding on to things and knowing that things are temporary and can change.. and I’ll have[1] to adapt at any moment. My creativity and my music is something I can take with me anywhere in the world and generate an income for myself if I gotta pick up and go at least I know as long as I have my music equipment and wifi I can make money and support my family. I focus on longevity and for that reason, I focus on sound quality. So the actually quality of the sound of the music, with my engineers and stuff and that’s why people are able to come back to my music years later because it stands amongst things that are recent because of the effort we put into mixing.

Rae: You’ve said music is a release of emotions for you and was never a pre-planned career, what do you think you’d be doing now if you didn’t choose music?

TE dness: I’d either be a personal beautician or have a chain of beautician spots. I’d have skilled black men doing women’s maintenance. What that would attract, is the old ladies that wanna get their groove back and to be in the environment of nice young men, or the women that don’t wanna be doing the whole chatty patty thing, or for women that don’t want to get an attitude if they request something. I think there’s a big market in that, especially when I went to Jamaica. I saw that a lot of the guys that did nails, and there’s a lot, they are straight men, it’s a good skill to have. Women will always pay for their upkeep regardless of circumstances and finances. That’s what I would be in, to be honest.

Rae: Previously you’ve spoken openly about your dad’s absence and said that you never had that moulding you should have. Do you think music gave you a sense of moulding[2] and discipline to steer you on the right path?

Rae: We’ve seen different aspects to your artistry like the trappy underground TE and we’ve seen reflective and emotive songs. What’s your favourite or most personal body of work so far?

Rae: Who are you listening to at the moment?

TE dness: Coi leray, she’s got a tune with Fetty Wapp, I’ve been spinning that, Scribz Riley, Yxng Bane, DaBaby, Nines, a bit of Future. No one unheard of right now..

Rae: How has lockdown had an impact on your creativity if at all?

TE dness: Yea it’s actually helped me, whilst everyone was on lockdown I was able to just move from home to the studio because I record myself, I was literally zoned in, there was like a month when the road was quiet, everything was quiet. It felt like I was in my own world for a bit, it was good.

TE dness: I’m working on a new mixtape if I’m honest, probably around[3] July or August. I’m gonna do two more tapes this year. I’m just on building up my catalogue, so when I do get a song that takes me across the board it will lead back to all that.