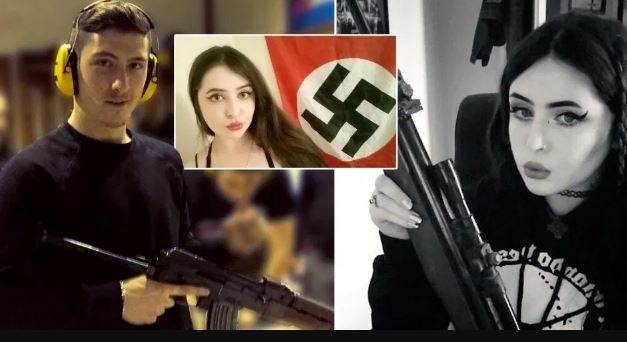 Alice Cutter and three other neo-Nazis have been handed custodial sentences following a two-day trial at Birmingham Crown Court. Cutter, her former partner Mark Jones, and accomplices Gary Jack and Connor Southern were sentenced to a total of 15 years in prison for being part of a banned far-right group ‘National Action’.

The Nazi group was banned in December 2016, and was described as "racist, anti-Semitic and homophobic". Jurors were shown messages where Cutter joked about using a Jew’s head as a football. She also joked about gassing synagogues.

The court also heard that Ms Cutter had made an unsuccessful attempt to recruit - otherwise known as ‘groom’ - a 15-year-old girl.

She denied being part of the terrorist group until footage appeared showing her proudly doing a Nazi salute next to a banner saying “Hitler Was Right”.

Max Hill QC Director of public prosecutions said: “They are diehards in the way they think.”

Mr Hill continued: “They hark back to the days of not just antisemitism, but of the Holocaust, the Third Reich in Germany, and they take their mindset from those extreme Nazi groups and latterly neo-Nazi groups in Germany.”