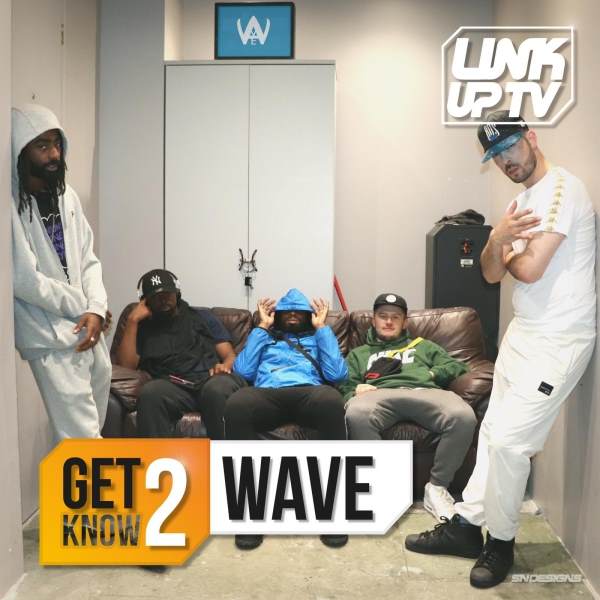 Introducing WAVE, 5 MC's hailing from alternating parts of London and consisting of members Snoopa, Charlie Trees, Ten Dixon, Rhimez and Shannon Parkes. With each MC brandishing their own signature flair, the power team decided to join forces which encompasses their musical roots alongside deliver their own distinguished tone.

Rae: When did you each start embarking on your musical pursuits?

Charlie: I started spitting when I was 13 after I’d heard the older kids from my town doing it in the park. I started making beats for myself when I was around 16/17 and then I joined Wave when I was 21.

Ten Dixon: I’ve always been into music but I first decided to pursue a career and write bars when I was 13, I would be at the back of the bus tapping on the window and spitting bars that I’d sat through a lesson and written in the back of my textbook. My first set was Axe FM, I went to a few before but this was my first grime set that I actually spat on

Rhimez: I started from my early teens, from the days of Essentials, South Soldiers. N double A, Fatal Assassins etc…

Snoopa: I started barring when grime first emerged after listening to MC’s like Vapour, Godsgift and Dizzle and spent years trying to break into the scene. It took years to get my first big break with LOTM x Rinse.

Shannon Parkes: In 09 I think.

Rae: Whose idea was it to become a collective?

Snoopa: The collective was originally formed by Ten Dixon and Jon E Clayface and members slowly joined whilst becoming part of the family. We had 8 members at one point but slowly people left or were pushed as we formed. We are in final form now though (laughs).

Charlie: Yea, Ten was the one who brought the collective together, I joined in 2015.

Rhimez: Yea as mentioned, the collective was originally founded by Ten and Clay, I joined 2015 I think.

Rae: With each of you sporting a differing style, do you plan to release music separately or are you focusing on together creating a combined sound?

Charlie: I think we’re all focusing on ourselves as well as a collective. It’s refreshing because every member can make their art and their moves by themselves. There are no hangers on in Wave, and I myself certainly focus a lot of energy into my solo stuff as well as the collective. I feel like we all have near enough that same mentality so it makes the team mad strong when every man is strong on their ones and then brings their element, be that fire, earth, wind or water.

Snoopa: Wave is very organic with our sound but we combine everyone’s input and influences and compromise on the right medians, in our forthcoming EP’s you’ll notice there are tracks that follow individuals sounds and then our overall new original vibes that were curated as a group. But yea we’ve all got solo music in the pipeline on top of all the group stuff!

Rhimez: As a collective we went through a lot of changes to get where we are now, so at one stage we put a lot of energy into producing music as a unit, however each of us are strong individuals and we all put our hearts into our solo projects as much as we do with the teams.
And having different styles I think it makes the Wave sound unique.

Ten: My focus is always to just make music and perform for my fans and I have no bias to allocating my time to solo ventures or Wave projects… I get it all done and sleep later c’mon !

Ten: My main musical influences are Dizzee, Wiley, Kano. Crazy Titch, Biggie, Tupac all the greats ….I also had a mad time of listening to bare Busta Rhymes.

Rhimez: First and foremost my team… sounds corny but if you’re team don’t inspire you, are they even good? Wretch 32, Ghetts, Manga, P Money Little Dee and a few more to name.

Shannon Parkes: I dunno….I like game theme songs a lot.

Rae: What can we expect to see from you?

Snoopa: 2 new EP’s with hella videos, 1 dropping before the years out. We’re gonna get 2020 running and make some energies in the urban scene.