HomeNewsViolent protesters 'could be jailed within 24 hours' after arrest

Violent protesters 'could be jailed within 24 hours' after arrest 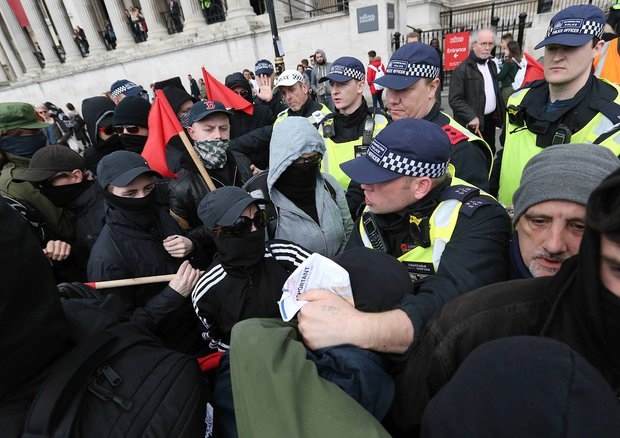 Violent protesters could be jailed within 24 hours under new government plans, according to reports.

The plans come ahead of the demonstrations set for this weekend in support of Black Lives Matter, which Tommy Robinson and Britain First planned to obstruct with far-right protests to 'defend' statues.

According to The Times, those caught causing criminal damage, assault police officers or vandalising property could be processed quickly through magistrates' courts. The courts will also have extended opening hours.

Home Secretary Priti Patel and Justice Secretary Robert Buckland have allegedly put forward the measure based on the response to the 2011 riots in London.

The majority of protests in support of the Black Lives Matter movement have been peaceful, but there have been violent incidents where 130 people, out of 155'000 attendees, have been arrested; according to the NPCC.

Black Lives Matter organisers have cancelled a protest in London's Hyde Park on Saturday due to fears that the demonstration would be hijacked by far-right groups; following Tommy Robinson calling his supports to 'defend' their statues.

London Mayor Sadiq Khan has urged the public to stay at home.