HomeNewsRising Up: How UK Rap Reached The Mainstream

Rising Up: How UK Rap Reached The Mainstream 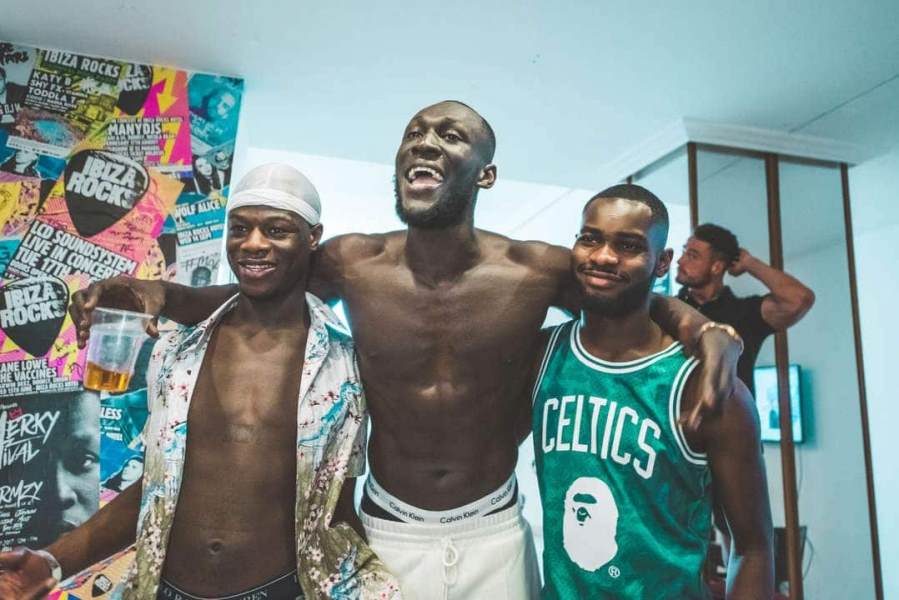 We are now witnessing a new, unprecedented era for the UK rap scene. As the genre moves into the uncharted waters of mainstream radio play, we see a song called Funky Friday reach number one on the singles chart, a unification amongst artists and a young man from South London rightly proving himself as the most exciting talent to emerge from these shores in decades. The sounds echoing from the capital’s streets spread their roots far wider into the British musical landscape, with this visceral, exciting artistry captivating listeners far further afield in Europe and America too. But this success hasn’t been easy to find, and Britain hasn’t always championed a product it now boasts with confidence.

Although not to talk a lot about Grime here, but of course, its importance to the history of British music is undeniable. It was an assault on the senses, a gritty, unpolished sound fuelling the noise of the anti-establishment and a natural progression following the illegal rave culture of the ’90s. For years the genre has been vilified by the UK media and used as a scapegoat for rising knife crime and violence. Many artists found it hard to get their start and were forced to take on the game independently, running their music through early download sites and pirate radio. If an artist was picked up, it’s likely that their sound was watered down to create a more radio-friendly product, defeating the purpose of the movement altogether.

Black British culture was met with unjust controversy across many different art forms from music to film, with people failing to understand the concept of art reflecting reality. Now in 2019, we see a larger celebration for the culture. Appropriation is, of course, present. But through the advancement of technology and the rise of the social media age, it’s never been easier for an artist to get noticed. Pirate radio had its time, now the giant platform YouTube provides drillers, rappers and singers with the chance of exposure they strive for. Ten years ago would an album by a 21-year-old kid from Streatham win the Mercury Prize? Probably not. But it seems that now, more than ever people are beginning to approach the British scene with open ears, and minds. People are appreciating the artistry and penmanship of the new kids on the block, and as a result, business is booming.

Of course, there are many examples of UK artists breaking into the mainstream scene sporadically. Visionaries like Wiley, Kano, JME and Skepta have frequented the public eye for years, laying the foundations for the road ahead. Big Smoke began to make pave ways across the Atlantic too following a Mercury Prize win and the release of the critically acclaimed Konnichiwa. But for some, a real turning point in the landscape of British music as a whole came in February 2017 with the release of Gang Signs and Prayer, the debut studio album from a young man we have all come to know as Stormzy.

Stormzy was raised in this Britain where urban culture was shunned, austerity reigned supreme and the opportunity was awarded to few. His album serves as a response to the country he calls home, the government that occupies it, and his experience growing up and finding himself as a young black man in London. For listeners expecting banger after banger and the Daily Mail readers ready to condemn its lyrics, GSAP arrived as a surprise. Critics revelled in Stormzy’s versatility, showing appreciation to his craft, presence and piano-led instrumentals fused with obvious gospel influences.

He proved himself not only as a master emcee capable of delivering an exciting and hugely enjoyable body of work but also as a visionary unafraid to take chances. One who moves confidently past the boundaries of the genre to introduce something new. Add to his resume an iconic performance at the BRIT Awards and a headline slot at Glastonbury, we now see Stormzy catapulted into the world of music royalty, with the UK rap game crown resting firmly upon his head. He has achieved a rare balance, one in which he has gained the admiration of mainstream listeners and radio DJ’s, as well as his original fans, the ones who have shown up for British artists for years.

In achieving this, Stormzy has grasped the torch and kept on running. Through reaching the incredible heights of his career thus far, he has now opened the gates for a whole new generation of exciting British talent. Big Mike has admirably used his influence to spark diversity in other creative fields too, promoting its practice in the worlds of literature through Merky Books, name-checking emerging artists in interviews and of course sharing the mic with many of his worthy contemporaries. He has stressed before the need for unity amongst the scene. Each artist with their differing style is necessary to the game, and for the culture to grow even further similar stories to the ones penned in music should be represented in the worlds of TV and film.

The recent revival of Top Boy on Netflix has cast a worldwide spotlight on London culture, attracting many new fans to both the show and the music. Brought back to life by long term fan Drake, he has consistently proven himself a champion of the UK scene and can be seen responsible for giving many of our artists the international exposure they seek. Speaking of Top Boy, now let’s talk about a member of the cast quick on Stormzy’s tail, proving himself as a strong creative force in his own right. Speaking of course, about Santan Dave.

It’s been a hot minute since the talented Streatham rapper burst onto the scene with his Blackbox freestyle in 2015, catching the ear of SBTV, Charlie Sloth and a vibrant London audience alike. Following this with Thiago Silva, Six Paths and a Drake feature for good measure, Dave’s rise to prominence has had many landmarks. Collaborations with MoStack, J Hus and Fredo have fast-tracked him to charting positions and rising fame, with his 2017 EP Game Over garnering praise from both critics and public opinion. The promise of his music has never been in question and his long-anticipated debut album firmly solidified Santan’s spot at the top with the very best that London and the rest of the UK has to offer. Through the structure of a therapy session, we join our host on a captivating exploration of his home, family and identity. We know that the young artist can produce bangers for the club and make radio-friendly hits such as the number one single Funky Friday, but Psychodrama serves a different purpose altogether. This journey of self-exploration and discovery proves to be a gritty, often unsettling but always thrilling journey into the pain, societal injustices and industry issues experienced in his everyday life.

While maintaining his own unique style and presence, Dave created an incredibly accessible project. One which gives listeners a snapshot of life in the concrete jungles of South London, an intimate look at his conflicted psyche and a political take on the state Britain all from the safety of their Beats headphones. Despite its heavy subject matter, the album is littered with radio-friendly instrumentals and hooks further increasing its universal appeal. Although with streaming services dominating nowadays, many people are discovering these budding new artists in their own time.

So, finally, the UK is supporting its young black artists. New stories are being told, and the music which started as a low scale movement is now enjoying the success it deserves. From MoStack to J Hus, D-Block to Ard Adz, Little SImz to Headie. We are enjoying a new golden age of versatility in UK rap, with each artist supporting the next. Kenny Allstar has shed light on a huge amount of aspirational, skilled and overlooked musicians. Dave brought out over 7 other artists during his tenure at Brixton Academy, and it’s all a sign of love!

But of course, there is still a way to go. Drill is targeted just as much it's predecessor, compromising its ability to serve as a creative outlet to those who need it most. How that will play out? Who can tell? What we do know is that the music scene on this tiny island has come to a hell of a long way. With fresh music echoing from all corners of the country, sit back and enjoy the new wave.