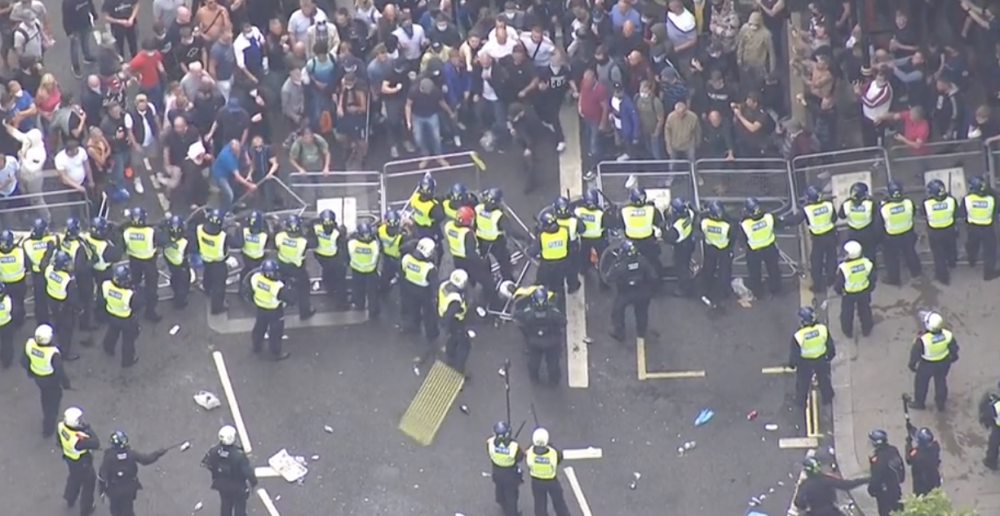 And this is what they don't show in the commercial news... Horrific scenes in London were posted on socials showcasing anti-#BLM protesters attacking the police. Even though The Black Lives Matter protest was cancelled today, several videos have been recorded showcasing thousands of white people violently attacking the police as well as making some racist comments towards Black people.

One video, which has circulated all over socials, shows thousands chanting: "we're racist, and that's the way we like it". Let's be real, The Sun, The Daily Mail and more have headlined peaceful BLM protests in a negative light but why has this not been mentioned?

Just as I entered Hyde Park so did this hoard. There isn’t even a protest on for them to protest against. Vile. Video blurred as I got pushed. Thankfully the @metpoliceuk arrived and they ran for the hills. #londonprotests #BlackLivesMatter pic.twitter.com/EPHYvlTzWU