HomeNewsJoin Grenfell United, Adele and more to tribute the people that lost their lives in the tragic Grenfell Tower fire

Join Grenfell United, Adele and more to tribute the people that lost their lives in the tragic Grenfell Tower fire 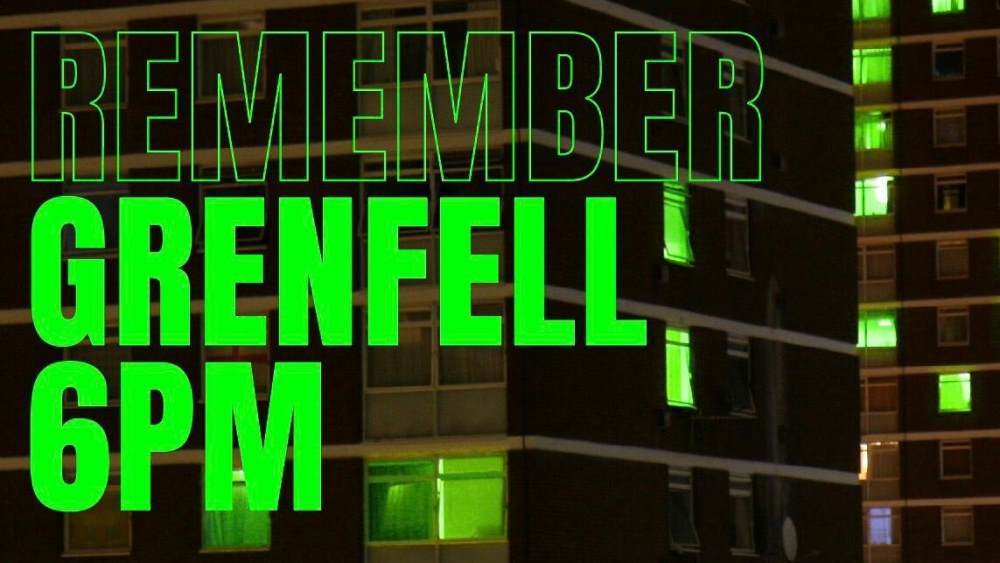 To mark the third anniversary of the tragic Grenfell Tower fire, Grenfell United will be going live at 6pm on their Youtube channel to tribute the 72 victims, that lost their lives.

Please join us to remember Grenfell at 6pm today, at https://t.co/FBgf75Mmdu. Subscribe to be notified when the screening starts 💚 Please share #Grenfell pic.twitter.com/KB5GOlwQox

On the 14th of June, 2017, several people lost their lives and homes to a huge fire that hit the Grenfell Tower block in west London, which turned into the most deadly domestic blaze since World War Two.

Grenfell United was formed to support the wider community and to campaign for justice and change. Adele also paid tribute and announced that she'll be joining the tribute.

Today, Sunday, is 3 years since #Grenfell. 72 lives will be forever in our hearts. Join with me & @grenfell_united to REMEMBER at 6pm on youtube.com/GrenfellUnited - to Show that we’re still united for change & justice. Follow @grenfell_united for more info. 💚 #Grenfell #Demandchange

Meanwhile, Labour has estimated 56,000 people were still living in homes wrapped in the same flammable cladding as Grenfell.

"In the midst of their suffering, the Grenfell community came together to campaign for justice, safe homes and change. Because no one should ever go through the loss and pain they experienced," said Sir Keir.

"But three years on and, unbelievably, tonight people will go to bed in unsafe homes.

"I support Grenfell United. We can all learn from their strength and determination."

In a written statement, London Mayor Sadiq Khan said he would be relentless in ensuring the Grenfell community get justice and that Londoners would feel safe in their homes.

"While struggling with their own personal grief and recovery, they have continued to campaign for building safety and are demanding change to keep others safe in their homes."