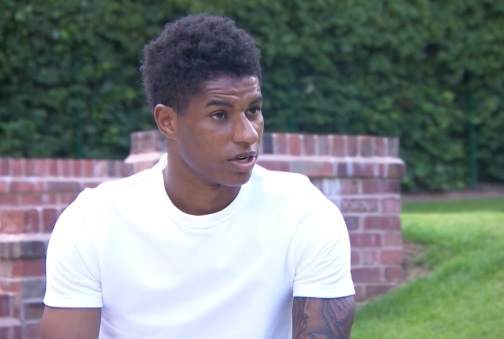 Marcus Rashford has spoken out eloquently and openly on his experiences growing up with money restraints, his family’s trepidations around mealtimes and the pressures put on single-parent households today.

The striker earlier in the lockdown crisis partnered with FareShare, an organisation which works to relieve food poverty and reduce food waste for communities all over the UK with a lower income.

Having raised £20 million, Rashford has now recognized that though this may have enabled 3 million meals a week to be provided through the initiative it still is simply not enough. 1.3 million children in the UK are said to be registered for free school meals, a large amount of them yet to receive support since the coronavirus crisis swept the nation.

Wanting to do more, the United fan favourite has now called for the government to reverse a decision made by the department of education to not provide free school meal vouchers during the summer, he stated: "the system isn't built for families like mine to succeed".

In an emotionally frank and honest open letter to MPs, Rashford articulated his experience and how it is, unfortunately; “all too familiar for families in England”. Posting the letter for all to see on social media as well as speaking to BBC Breakfast, the star is determined to ensure the campaign is met with a great deal of exposure and calls for the government to take affirmative action:

"It's written from the heart - what families are going through now, I've once had to. It's very difficult to find a way out. It's very important for me to help people who are struggling”.

As we hope to successfully transition to the next stage of lockdown protocol the government’s furlough scheme will soon be coming to an end. The Universal Credit benefit system believed "not a short-term solution". Rashford is working on highlighting the issues that will continue to trouble families as a knock-on effect of job security and school closures.

Rashford insisted that with many children still not able to return to school their nutritional needs will not be met, which is vital, as it was from his experience, for their development.

To volunteer or donate visit https://fareshare.org.uk/